They say a good mare is better than any gelding. You ask a mare, tell a gelding and discuss with a stallion…But is this really true about mares? We caught up with eventer Tamsin Drew, who up until two years ago had always owned geldings, to find out if owning Kate, a bay mare, had changed her view on mares.

The first thing I learnt was patience. Nothing used to phase my geldings but I have found Kate is very sensitive and can easily get upset or wound up. Especially in her work or asking her to do a new movement, if she is confused or finds it hard she can start bouncing around. Though once she understands, it becomes her new party trick and wants to show it off to everyone. You can never tell her off, I have to remember to be understanding and kind.

I also found that she loves horse company, a lot! If another horse is in the field and she isn’t, or the horse is having more fun than she is, she wants to join in. As a young horse, working in an arena when a horse is being turned out nearby or a horse leaving the arena before she had finished, her concentration use to go out the window and she wanted to join them! Getting her to realise it's work time, not playtime was one of our early challenges.

It took me a long time to build a relationship with Kate, though once it all clicked we had results that I never dreamed of. Kate knows when we are at a big competition and when it really matters to me, she tries her heart out, trusts me, digs deep and far exceeds what I expect from her.

I found my previous geldings were consistently the same with behaviour and results, Kate I’ve found has taken it a step further and puts in that extra effort when needed, consistently overachieving, she will go above and beyond to deliver. Though this can also be a downside when she is so keen to please or thinks she knows what is going to be asked! 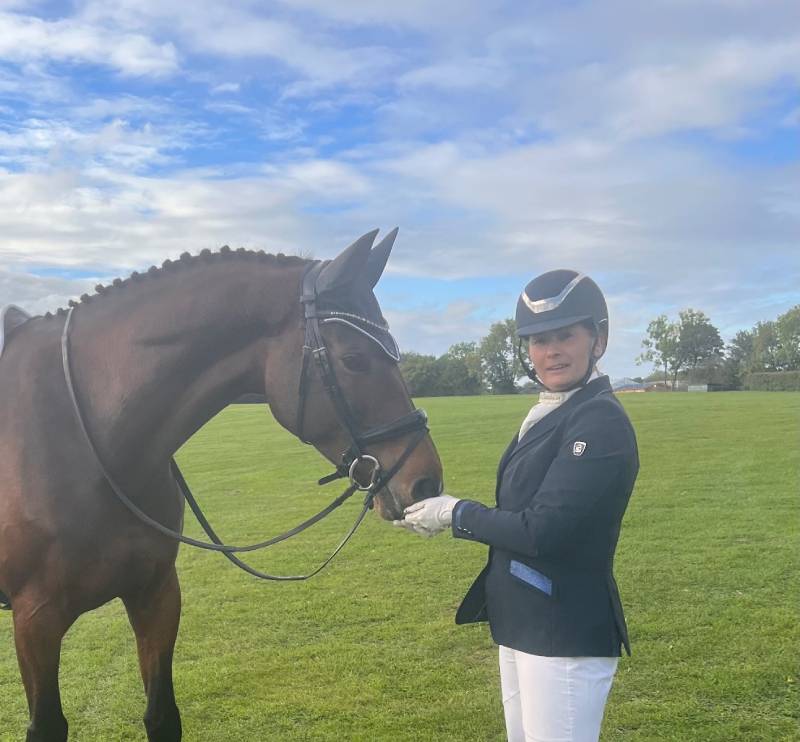 Kate loves people, attention and company more than any gelding I’ve ever owned. Kate was delivered to me with a note saying “she is very affectionate a bit like a Labrador, loves lots of attention, kisses and treats”! This hasn’t changed she still loves to show a lot of affection and loves her daily cuddles.

Mares may not be everyone’s cup of tea, they can be very tricky and especially sensitive, though once they are on your side the world is your oyster! Would I get another mare? I absolutely would.

10 Things you’ll understand if you own a mare:

Horses, like humans, have their own personalities. You pick up their individual quirks, their likes and dislikes and you learn to work around them. Seems pretty simple right? Wrong. Mares get these little things called mood swings and just like humans, they tend to be hormone-related. One minute she wants you to scratch her ears and the next minute she wants to rip your arm off. You bring out the polos and she’s all sweetness and light, that’s until you’re taking to long to open them and you receive a swift head butt which near enough sends you flying across the yard.

Without gender stereotyping, you tend to think that mares will be tidier than geldings- sometimes this is the case but for those of you have a messy mare, I fully sympathise with you. Don’t ask me how she does it but pooing six foot up the wall is no problem, that nice clean bucket of fresh water? It's basically a poop target. Remember those nice thick banks you’ve built in your stable? Don’t hold your breath, they’ll be flat in the morning. I mean, “that’s a nice hay net, it’d be a shame if someone were to rip it down and pee on it…”

Mares come into season every 21 days. Some mares you wouldn’t even notice whereas others turn in to a rider eating, fire breathing dragon! The mood swings sky rocket, the attitude stinks and the level of sass is unreal. “Oh you wanted a nice peaceful ride? Well think again, I’m going to take you to the rodeo!” * bucks before the saddle even touches her back *  If you do manage to get the saddle on, everything and I mean EVERYTHING becomes a potential love interest; “that sheep was definitely checking me out, hold tight mum, I’m just going to flash him”. And if she’s not flashing anything that moves, she’s going to be peeing.  You can track me on a hack, all you have to do if follow the pee splashes…

I don’t know about you, but the urge to plaster your mare in pink from head to hoof can be hard to resist. Everybody loves a bit of sparkle. Matchy matchy sets are all the rage, you can’t have the saddle pad without the matching ear bonnet, right?

“Oooh is that your foot I’m standing on? I totally knew that and now I’m going to press down harder.”

“ Ah I see you are trying to pick my feet out, let me proceed to wipe my face all over your back. “

“It's time to poo pick? Let me help… I’ll just rub my backside on the barrow until it falls over and then when it does, I’ll act like it wasn’t me.”

But it can go either way…

“Oh is that my headcollar you’ve got hidden behind your back? Let me run you ragged for the next 20 minutes. But wait… is that a carrot?! Let's not be hasty here”.

* cautiously walks towards me, stretches as far as her body will allow her, takes carrot, proceeds to spin and gallop off when said carrot is eaten *  MARES!

So in summary, yes mares can intrude on your space but with some subtle training commands, you can soon help them understand that you need space too! 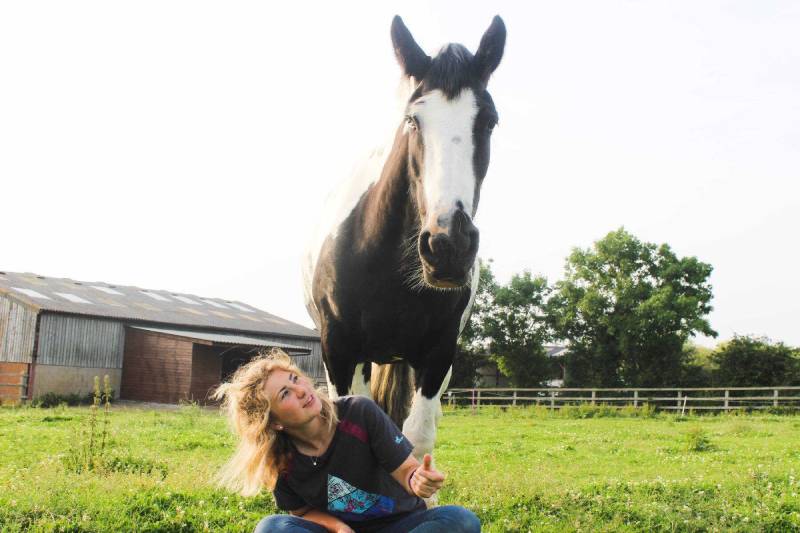 They can be! If another horse wants to socialise, they’ll just squeal like a little pig and go and find another corner to stand in. However, if you take the other horse away from her all hell breaks loose! There’s frantic whinnying and snorting, there are legs and mud flying everywhere and just a sheer sense of panic. The horse goes back in and all goes back to normal, she’s just like “oh it's you, didn’t even notice you were gone”.

The camera comes out and so does the inner diva. She’s either all up for taking photos and posing or she’ll just want to show you her bum. There’s absolutely no in-between. Some days she’ll be all majestic and dreamy and other times she’d quite like to head butt the camera out of your hands whilst pulling the most ridiculous of faces.

Now, this doesn’t apply to all mares, mostly just coloureds and greys. It’s a little TMI but for those of you who don’t know, when in season, mares will secrete an icky orange fluid that smells awful and stains like nobody’s business. If you get lazy and don’t bother scrubbing it off, you will have major tantrums when it comes to showing season and it looks like your mare has sat in a tub of baked beans!

You’ve probably heard of the saying that goes “Tell a gelding, ask a Mare” This could not be more true. Everything seems to be a negotiation when it comes to owning a mare, you literally have to think before you speak because a simple instruction could end up with you eating dirt!

Despite them being hormonal, temperamental and just downright crazy, you wouldn’t change them for the world. The bond you form with a mare really is something special, you learn to grow with each other and to understand one another’s demands. Owning a mare really is an experience and hopefully one you’ll never forget!

Previous How To Get Over Horse Riding Nerves
Next Horses and Fireworks – what you need to know and do.
Latest From Horse Health
Related Posts