In this blog I'm discussing how I use other training techniques such as Intelligent Horsemanship. IH was created by Monty Roberts after he studied horses natural herd behaviours in the wild. I used intelligent horsemanship to train Jet in tackless riding and teach her to respond to voice commands, it worked so well and our bond has grown stronger and stronger.

Is another method of Natural Horsemanship that is commonly used it today’s equitation. It is not quite as free as Parelli but then it is also not as harsh as Traditional methods such as the Pony Club and the BHS. It is a more holistic approach to traditional training methods.

I use intelligent horsemanship when doing ground work and lunging with my horses. It is a great way to establish trust and create a bond between you and your horse.

Monty Roberts is the man who founded Intelligent Horsemanship. After riding for most of his childhood and having a father who stuck to the harsh traditional training methods, Roberts started studying horses natural behaviours. That is where Intelligent Horsemanship started. By studying horse in the wild, Monty Roberts came up with his new method for training horses which incorporated their instincts and natural herd hierarchy, by communicating using body language.

Is a British representative for Intelligent Horsemanship. She first met Monty Roberts in 1993 where she started learning his methods to train petrified racehorses into going in the start boxes. She was immediately inspired and has become one of the most well known IH associates.

Dually Halter: is a specially designed halter that has extra string over the nose. It creates a more even pressure and has extremely effective results. I personally do not use a dually halter as my horses are very well behaved when leading, but if you have a horse that may be strong and pull when leading or in a head collar, a dually halter may help solve this as it gives you a bit more control. I know lots of naughty ponies that have really benefitted from using a dually.

Long Line: Similar to a lunge line, this is used clipped onto the dually halter, for more mobility than just a lead rope. It can also be used against the handler’s side, to create noise to move the horse forward during join-up.

Bridle: For riding the horse, either when breaking in, or for more control.

Saddle: For riding the horse, or when breaking it in and introducing it to tack before it is backed.

Round Pen: A round pen is always used in Intelligent Horsemanship as it is an enclosed area where it is easier to control the horse, with no corners or gates to nap or feel trapped in.

Equus is the language of the horse. Created my Monty Roberts, Equus is the way we read a horse’s body language and respond with similar actions, such as making ourselves appear bigger or smaller. It is used to establish a dominant relationship with the horse. 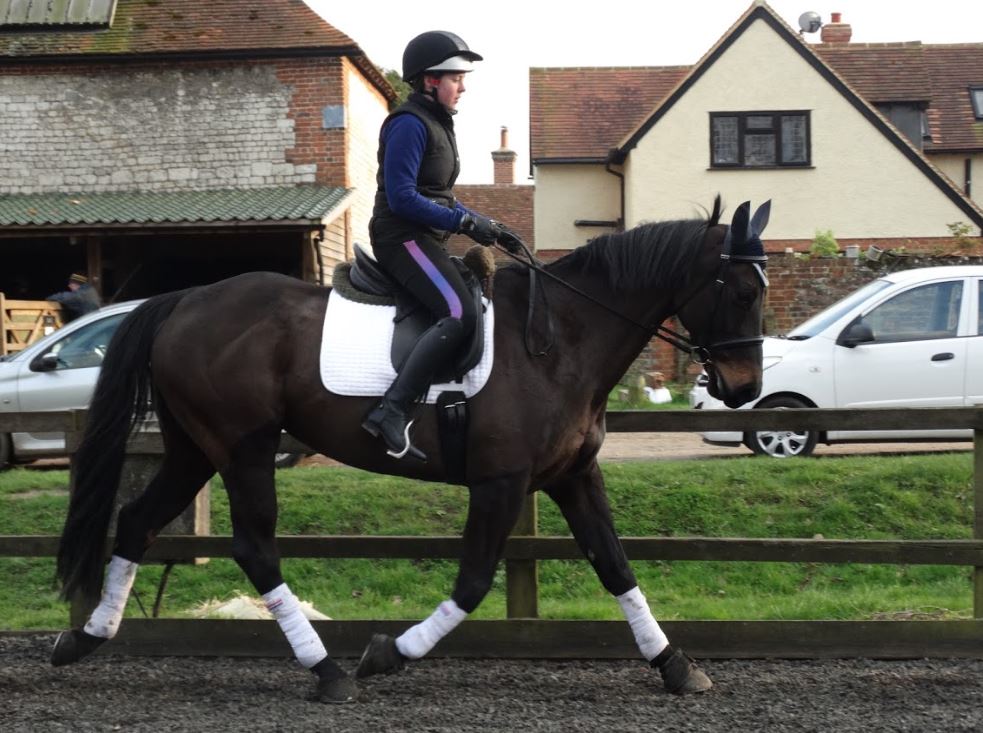 Join-up is a method of intelligent horsemanship. Developed by Monty Roberts, Join-Up is where you send the horse out to move around the round pent. At first leading it around to show it the area. In intelligent horsemanship, you should always lead the horse from ahead of the horse, not the shoulder as in traditional methods. Then unclipping the long line and letting it run around. You keep it moving and get it listening and responding to you. The horses inside ear should start moving and turning inwards, meaning it is concentrating and listening to you in the middle. The higher the horse is holding their head, the more excited they are. Change direction by obstructing the path of the horse and pushing it in the other direction. When the horse has settled and understood your commands, it may start licking and chewing with its mouth and putting its head lower to the ground. This is when you know the horse is ready to join up. If you then stand still and bring your body language inwards and turn away from the horse, it should come over, right to you. If not, be patient and keep trying, it will eventually understand what you are asking.

My horse Jet is very good at join-up and it has helped me create a trusting bond between us. When I used to lunge her, back when I first got her, she would never listen and was very strong and it felt like you were very separate from her, even if you were only 5m away from her. Join up helped her trust a lot more and she now lunges beautifully, listening to every voice command I have taught her. Follow up really helped me when teaching Jet and Dude voice commands.

When a horse has joined up correctly, it should follow you after join up. Change direction and move around, letting the horse follow you, and building a trusting bond between you and the horse.

Follow up is the main technique I used when teaching Jet voice commands for riding, on the ground and lunging. Once your horse has joined up they will usually follow you around the area, changing direction when you change direction, it may take a few tries and joining up and sometimes a few treats can help you with this! When Jet was joined up and following me, I would simply stop and say ‘stand’, and then ‘walk on’ and she would soon get the hang of it and listen. The key to this is lots of repetition, you can practice it before or after you’ve ridden, on the way to the field; wherever! Once they have got the hang of these simpler voice commands you can start ‘trot on’ and ‘canter’. You can also use any word you would like, these are just the ones I use.

Jet has a very loud soul and is quite the extrovert so she was quite easy to train, she is also very smart and is quick to work situations out (such as opening her stable door and untying her haynets!) Dude is proving more difficult to train, as although he is curious, he is sometimes too curious and has a very short attention span! Hopefully he will overcome this and I’ll be riding him tackless soon.

I would personally use methods from each style of training, focusing on intelligent horsemanship. As I am an eventer, traditional methods are the most well known, but I also agree with a softer approach such as some intelligent horsemanship techniques. I also believe that the more natural approaches in ground training are a great way to build a strong and trusting bond between you and your horse.

I think all methods of horsemanship that respect the horse and create a strong bond, but also effectively break in a horse for a purpose, are good to use and it is okay to use a mixture of different methods when training horses. Traditional methods have been used for many years, going back to military horses, and has been effective, but now softer approaches are coming to light, which are equally as effective. As long as the horse is treated well and not abused or hurt due to the training method; then it is effective.