Taking on an ex-racehorse

What a year 2020 has been for us all, and certainly not in the way we planned! I know I had ideas about what we both were going to achieve and places we were going to go, but the reality of this year has meant we have mainly just enjoyed each other’s company and got to know one another better. I’m Evie and the chestnut giant in the pictures is Trace Elements, better known as Paddy. He is a 17hh ex-racehorse I’ve had for the past two years, he's a real character and I'm looking forward to telling you more about him in this blog.

I met Paddy when I volunteered at a local rescue centre, he was one of the many horses they had taken in, for me, he stood out. I had never wanted an ex-racehorse, at the time I didn’t even really want another horse after losing my old boy, but for some reason, I knew I had to take Paddy home. I spoke to the centre owners, explained I wanted to give him a home but needed to find somewhere for him and was told he was mine when I was ready. Six months later we collected him and he has been a blessing and a challenge ever since!

I would definitely recommend looking at local rescues if you are hunting for a new horse, there’s a misconception that the all the horses there are broken down, ancient or difficult, but it’s not the case. There are so many reasons why a horse might be in rescue, and your next best friend could be waiting to be found.

A rocky start to the year

The start of the year was a rocky one for us, we lost Paddy's companion, my very first pony Sprite, at the age of 30. The two of them were great friends, the empty space by the gate, the spot where she would wait for me every morning and evening was gut-wrenching and Paddy certainly felt her loss. It was around this time that he became stressed on the yard, more horses had come and we made the decision to move him to a quieter place, where he would be less bothered by others coming and going, which was a great decision. I always imagined thoroughbreds would love the hubbub of a busy yard after their lives in training, but mine is not one of them, this old man prefers the truly quiet life. He spent that first winter at a wonderful place, belonging to a friend, who let him munch his way through all the grass he wanted, and after much love and TLC he came back a much happier horse. 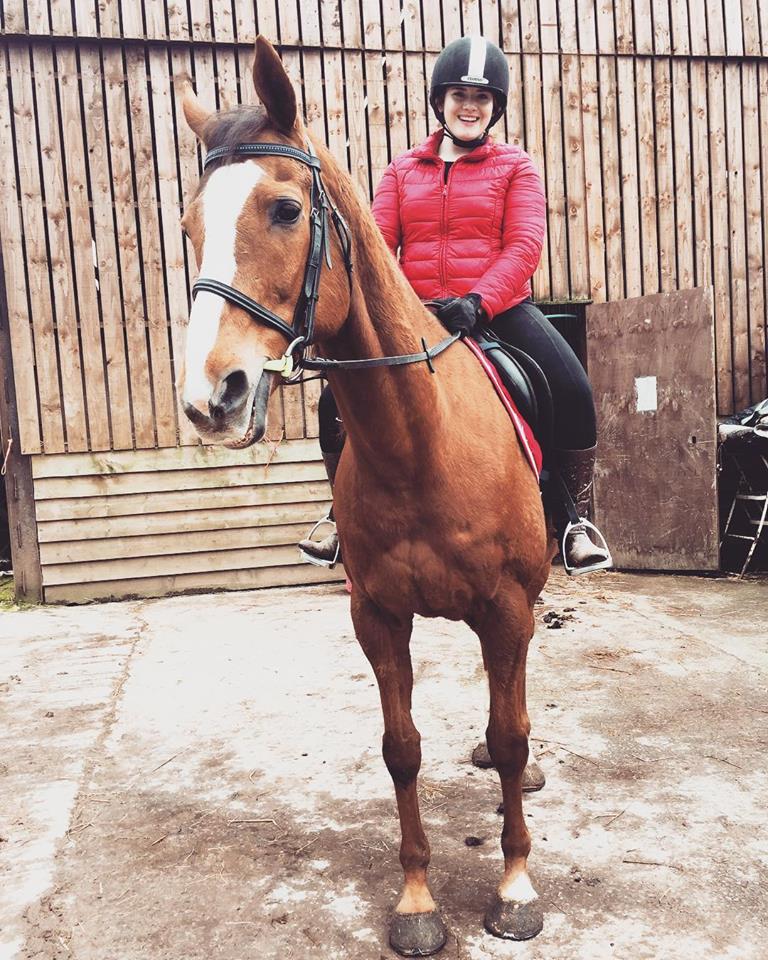 It was around this time that we began to see the seriousness of COVID-19, lockdown occurred and I have to say I was so grateful to have Paddy during this time. There’s so much to be said for having animals, but a horse really does seem to understand how you feel. His cheeky nature has kept me laughing, sometimes despairing, but mainly laughing, which is always welcome. Whilst plans for summer shows were initially put on hold, then cancelled altogether, we have been hacking around the local lanes and hills. Living on the border between Herefordshire and Wales, we have some stunning scenery, and lovely hacking; horse riding is such a unique and wonderful way to enjoy the countryside, even after riding for over 20 years, it is still a thrill to get into the saddle.

As August came around, we found our last chance at attending a show had gone. We had quietly and optimistically crossed fingers (and hooves!) for Kington Show to run, the place we had entered our first ever show last year, and were placed 4th in the RoR In Hand class, but in hindsight, this was never going to be a realistic goal for this year. The upside is Paddy turns 18 in April 2021, so we then also qualify for the Veteran classes at the show, an extra target as we move into next year.

Let's be grateful for what we have

Whilst it would be so easy to call 2020 an anticlimax, and a depressing one at that, it has certainly shown me that I have a lot to be grateful for. From my remarkable family and friends to having the space to enjoy the countryside at home, to my animals and my beloved ginger giant Paddy. I count myself incredibly lucky that I have had these things to keep me sane and keep me going, there’s nothing quite like a horse to soothe the soul.

Thank you for reading and to every horse owner and rider reading this, how lucky are we to spend our days with these incredible animals, Evie xx