Here at Team Tottie, we do everything from showjumping to hacking and dressage to eventing; but we all generally ride English style. So this summer I'm in Canada and decided to try a bit of Western riding! It is very different to English and there are so many different names to learn; even the gaits are called different things!!! So not only is it a fun new thing to learn about and try but it can also help you with your English riding. Here is my account of trying a new style!

Every summer I go Nova Scotia for July and most of August but even that can't keep me away from the horses! In North America, western riding is quite common as that is where the cowboys were. Western riding is all about comfort and easiness. Horses were used to round up cattle and ride across the western plains of America so the western style of riding was designed around the key things needed for their jobs! For example you hold the reins in one hand (left) so that your right hand is free to open gates or lasso a cow. Also the cow horses are trained to stop almost immediately and spin around so that they can herd the cows (similar to what a sheepdog does). 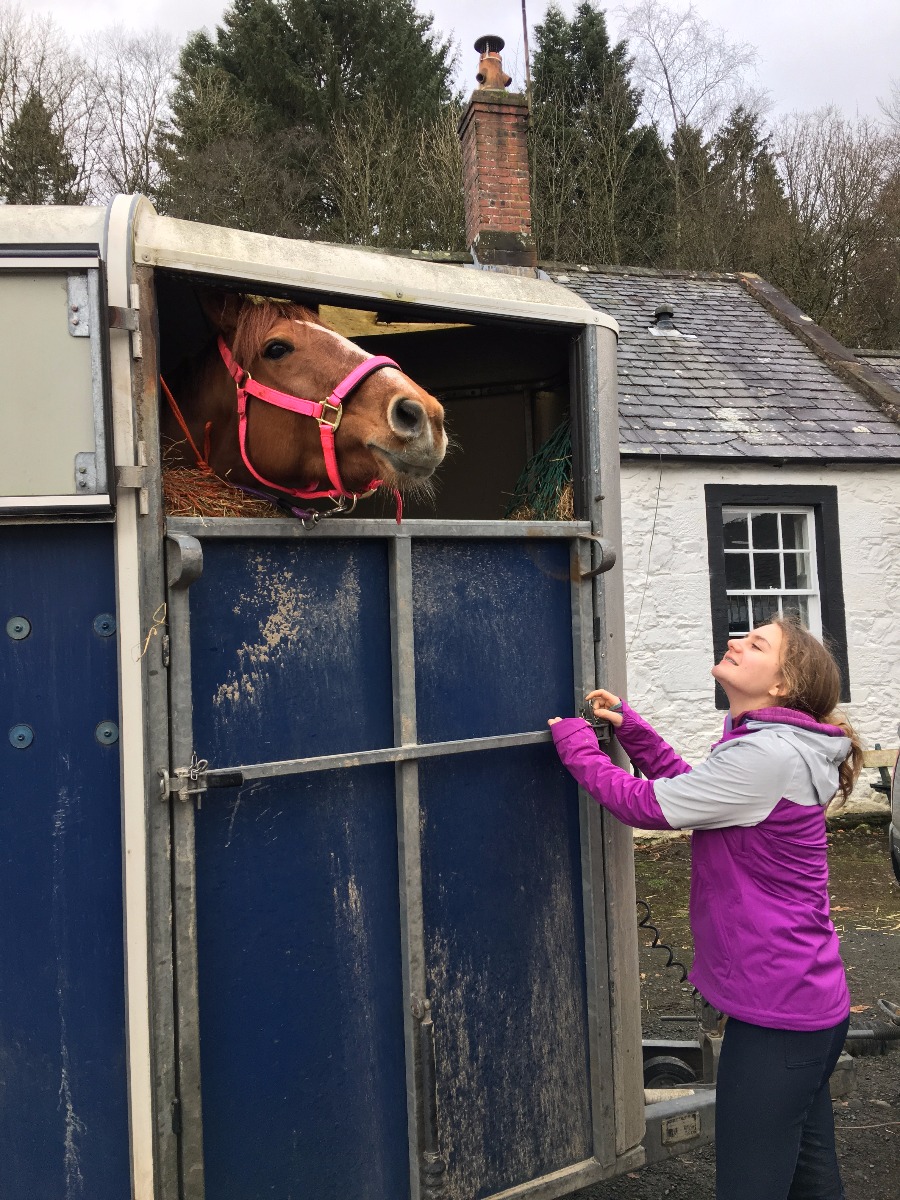 The main differences I have noticed are the saddle (obviously) which has a horn at the front that could be used to tie the end of your lasso onto, and the the terms that they use. For example they have different gaits to English riding. Walk is the same but then there is a jog, which is a slow ‘trot’ that you sit to, and trot which is faster and you rise or “post” to. After that they have lope which is like a slow, laid back canter and is quite on the forehand. One step up from that is gallop which is the same in both styles. Of course there are plenty of other different terms that are used in western riding but these are just the basics.

Just like English riding, western riding is not just one discipline. There are many such as barrel racing, pleasure riding and reining!

Barrel racing is when the horse and rider weave around barrels in a cloverleaf pattern as fast as they can. Any barrels knocked over add 5 seconds to their time and the fastest combination win!

Western pleasure riding is where the horse is judged on its manners and relaxed yet collected gait. The aim is to go at a laid back pace and get the horse to be calm but responsive.

Reining is often described as the western version of dressage. The riders have to guide the horses through a certain pattern of spins, circles and stops. It is all done at a lope (canter) or a gallop. It is judged in a very similar way to dressage and originated from ‘working cow horse’ competitions. Working cow horse is when the horse and rider have to complete a reining pattern as well as herding a cow and “cutting” one from the herd.

So I decided to give western a go this summer as I am going to SCOPE (a national showjumping competition) in late August when I get back and I wanted to keep up my riding and maybe even improve it a little! I did some for a couple of years when I was 8 and then just didn't really keep it up but I have really enjoyed getting back into it! My seat and balance has improved a lot as the stirrups are so long and when you jog (a slow trot) it is all sitting so it has been very rewarding as well as super fun. I would highly recommend giving western a go!

If you are wanting to try it out I have found a few places in the UK that offer lessons:

I hope I've inspired you to go out and have a shot at western riding! Speak to you next month,