I was excited for my jumping lesson, it was a grey morning but nothing could dampen my day. Today we were going to face Katrina’s greatest fear.  Fillers. After spending over an hour getting Katrina clean the night before, she was absolutely spotless and perfect. Kitted out in my Tottie Woodcote Sports Top, and a black gilet because it was a little chilly, we were ready.

We hadn't jumped in a while, so the canter poles came as a bit of a surprise to Katrina, and it felt like her legs were flying in all directions! Soon though we were floating down the poles like a dream, I could really feel the power from behind. Things got exciting when we tried the cross pole. Flying changes on the approach, off like a bullet towards the jump, then jumping really big, those first few jumps were interesting! 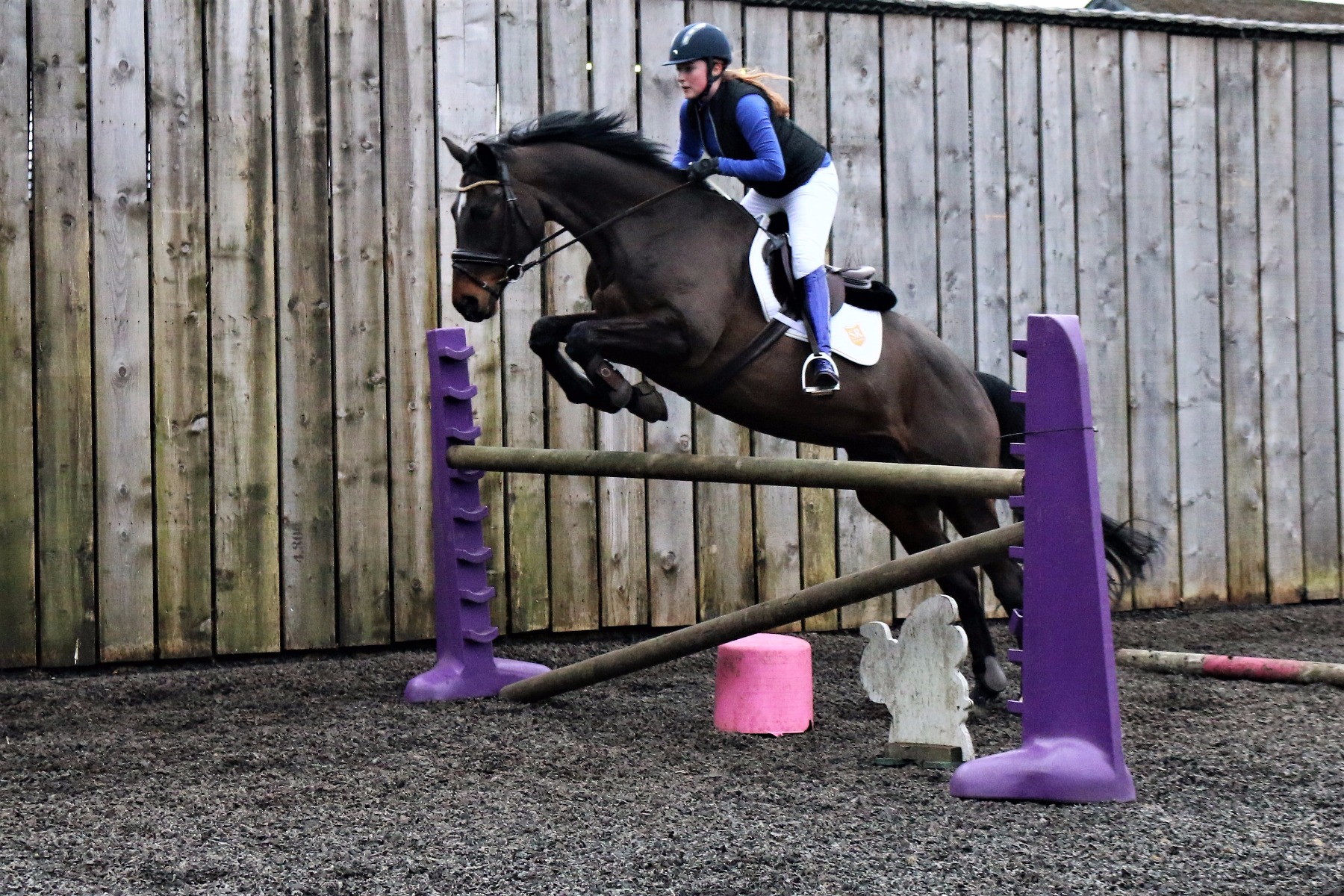 That’s when Christie, my instructor, fetched out the bumble bee filler. Apparently it was a very scary bee, a horse eating monstrosity, so no surprise that Katrina approached it with caution. Doing her best river dance towards the fence, she was unsure, and hesitant, I sat quietly and murmured to her. “You got this Katrina.” After a moment, she realized there was only one option, to jump the fence. Katrina launched herself over it, leaping in the air like that tiny bee was a 5ft oxer.

It was the proudest moment of my life! My brave little wonder horse continued to throw shapes for the next few jumps, but soon calmed down, trusting me more each time. We began asking some more questions. Soon, she was popping the bee AND a bright menacingly pink bucket with air to spare.

Deciding that she was going too easy on us, Christie set up a spread, and after having us jump it a few times, she popped a caterpillar filler in front of it. But not just any caterpillar. This caterpillar was the equine equivalent of the monster under your bed (well that’s what Katrina usually claims!)  But this time she knew. She knew that the only way out was over it. So, with her ears pricked, and only a slight hesitation in her step which caused me to reassure her with a good girl and little pressure from my leg, we flew! I think the surprise and happiness showed on my face, she leapt a lot higher than I thought she would!

It was amazing, I was so pleased! She was so nervous, you could really tell, but what melted my heart was the fact that she trusted me enough to do it for me, especially by the time we got to the spread. We even added in Christie's jacket, to see if that would faze her, but no, by now she was becoming much more business-like and I think she was enjoying it. We'll make a showjumper out of her yet!