Meet A One Club Member

It’s time to hear from a Harry Hall One Club member again and this week we spoke to Emma, Maisie Lester’s mum, to hear about how Maisie got into riding and her hopes for the future.

Maisie's love of anything to do with horses began when she was seven. I had taken up riding again and she loved coming to the yard with me and was desperate to learn to ride. Fortunately, my friend had some small ponies too and Maisie was hooked. One of these ponies was Alfie, a four year old bay Section A with the biggest character and the most beautiful face. They soon became firm friends but they both had lots to learn before they could be a team. 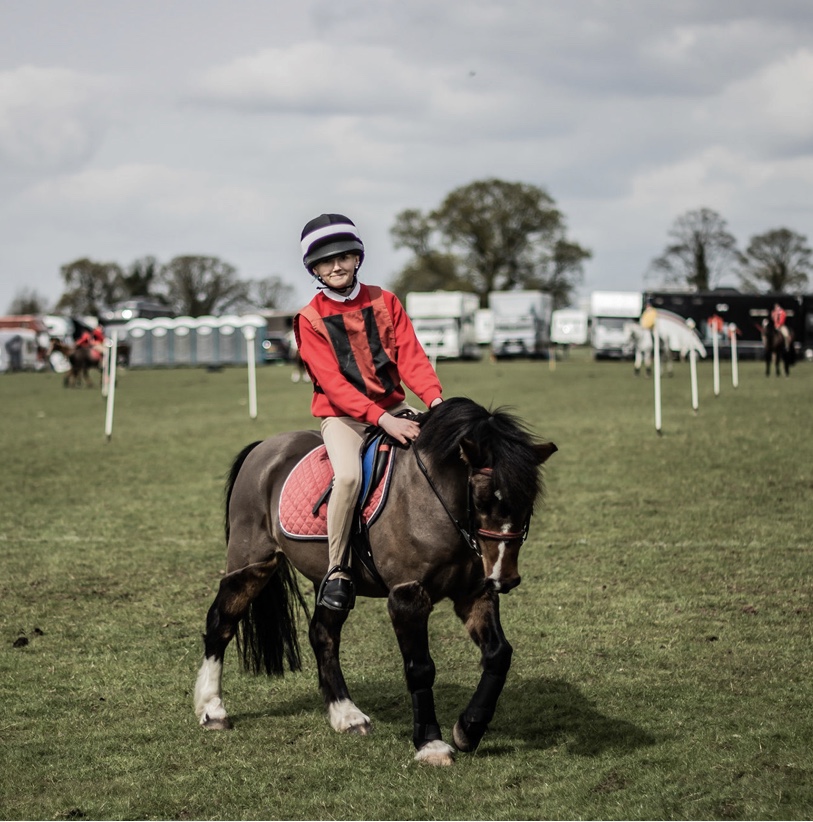 Fast forward four years to 2017 and we decided that it was time Alfie came to live with us full time. They both still had lots to learn but I was sure that they could teach each other a lot and make the bond they had even stronger.

Over the next 12 months they worked hard and with the help of a great instructor we could see a brilliant team starting to emerge. They began to experience new things together - their first jump, first cross-country course and first their beach gallop! They also attended their first shows starting with some in hand and ridden classes and completed their first fun ride without me riding alongside.

Then it was suggested that they might be good at Mounted Games and we discovered that our closest branch of the Pony Club had a team so we went up to watch and so began their new obsession. We joined Flint and Denbigh Hunt Branch of the Pony Club and started to train with them and practice at home too. Maisie has a passion for mounted games and Alfie had to learn that he could go fast but had to know how to stop too. Maisie spent hours learning to vault and teaching Alfie to go forward, stop when asked and turn tighter than he had ever done before. She dedicated lots of time at home to watching videos of mounted games too to learn better techniques.

2018 saw our first mounted games competitions and Maisie and Alfie loved being out on the games arenas putting everything into practice and I have to admit that I became hooked too. 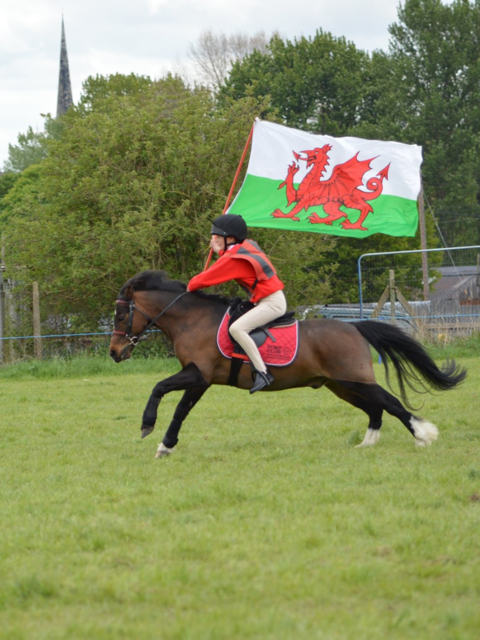 2018 was also a busy year for us in the show ring with Alfie winning Best Local Pony and his overall In Hand Small M&M for the season too along with Maisie being awarded Best Overall member with the most points accumalated over the season with our local riding club. A proud mum moment!

They also attended their first Pony Club camp and got to experience lots of new things including Inter Hunt Relay, riding in the river and meeting our local pack of hunt hounds. Alfie took everything in his stride and all their hard work was starting to pay off.

Winter soon came around and training with our Mounted games team started again in earnest ready for the new season which started in January with our first indoor competition in Shropshire. Maisie and her team took 1st place – a good start to the year.

Then in April things got busy as we headed to Cheshire, Dallas Burston in Warwickshire, Shropshire, Area games qualifiers and finally a sunny but windy weekend in Yorkshire in June for our last competition of the season. Maisie and Alfie also had the opportunity to guest ride with one of the teams that rode at HOYS in 2017 which was a brilliant experience for them both.

Back at home they were back in the show ring and they have just qualified to ride at STARS Northern Championships representing Lloc and District Riding Club in the M&M Ridden Small Breeds and The Young Handler Finals in October which is hugely exciting for us all and a perfect end to a brilliant season for this special team.

What does the future hold...

A life that revolves around her horses and ponies! Maisie wants to work in the industry and would love to specialise in Natural Horsemanship. She works hard, is 100% committed and is often complimented on the kind way she rides thanks to her natural way with horses. She is a fearless rider and has already had some great achievements helping people with their ponies as she rides quietly but with confidence. She still counts her falls as she believes every single one makes her a better rider.

I am proud of the young horsewoman she is becoming and of the amazing pony she has produced.

Thanks for reading, Emma xx