Meet One Club member Tracey Bayes as she takes us through a rather traumatic year with her horse Dragonfly, also known as Mr Pony who spends the first years of his life battling horrific illnesses. If you’d like to have your story featured on the Harry Hall blog please email us on contact@harryhall.com. Take it away Tracey...

On 26th October 2017 I was ready for the vet to tell me there was no hope, that his young body couldn't heal and his time was up.

We'd gone to do the evening check to find our yearling Dragonfly struggling to stand and breathe, on top of this his temperature was through the roof. The vet came instantly and we didn't expect him to make it through the night. The next morning, the vet was surprised to see him alive, he had developed severe diarrhoea and hadn't moved all night. Tests showed his liver and kidneys were failing, his blood pressure was low and his blood cell counts were dangerously low. The only improvement being that his temperature was slowly decreasing. 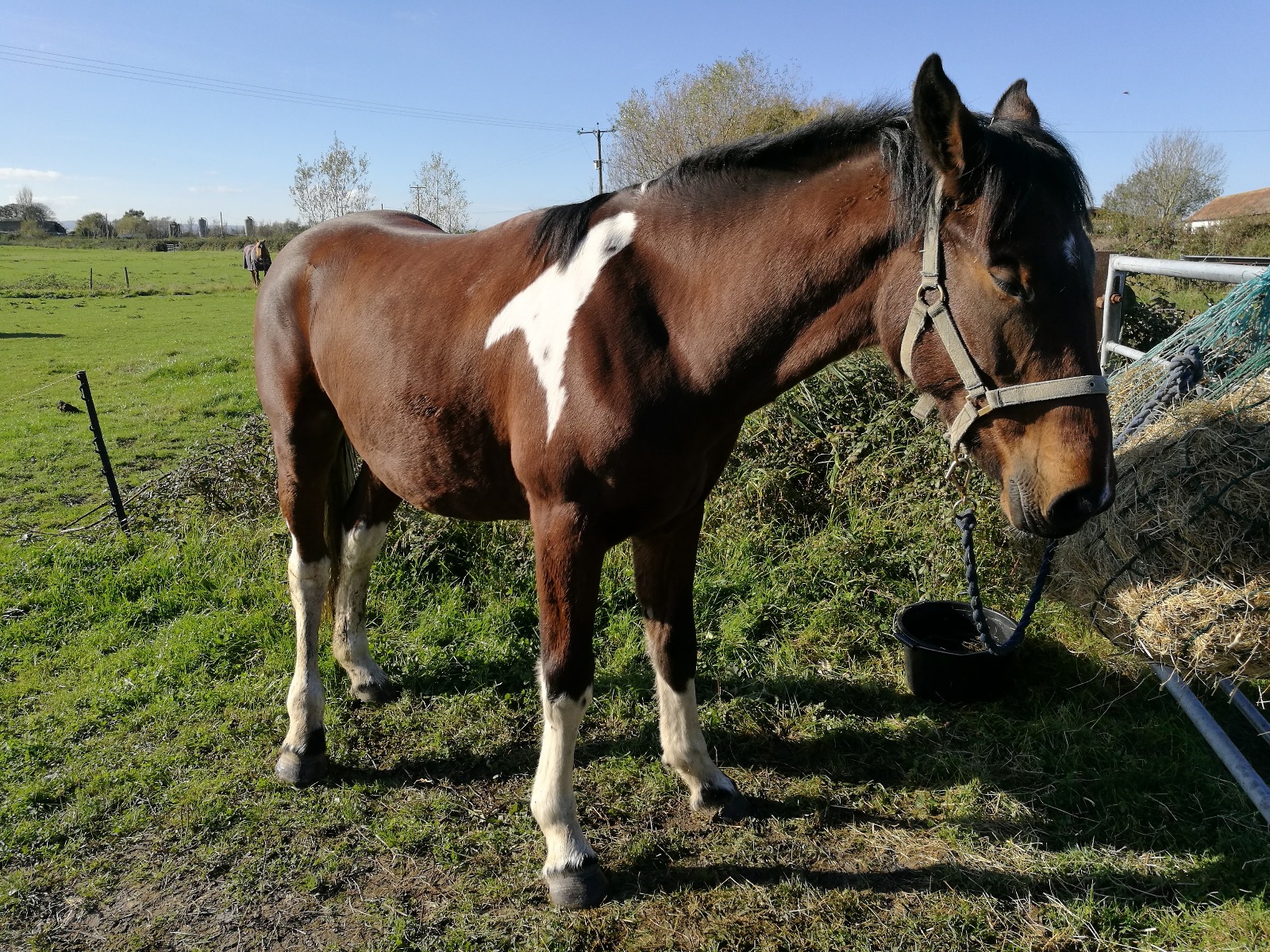 After two weeks of living in my car down by the field, endless drugs, dozens of injections, multiple repeated tests, four different vets, an equine hospital, and specialist laboratory scientist we still had no idea what he had. But he was pulling through it, and the veterinary teams called him their miracle pony. He relapsed a few weeks later, and after another week of intense medications we decided it was time to make the call a horse owner never wants to make. He had two days left, everything was booked in and I was saying my goodbyes. Then on the last day he bounced back, showing incredible improvements again!

We unfortunately had yet another relapse a month later due to complications from all the medications he had taken over the previous months and vets weren't hopeful for his future health. He struggled with his weight, having any condition, or stamina, and had trouble digesting food properly from then on.

I found The Pure Feed Company and took the gamble to change his feeds expecting another relapse. I’m so glad I did, after just four weeks his energy levels improved, he was digesting his food better and the weight was beginning to hold, he was on the mend and slowly getting healthier.

Fast forward to May 2018 when he cut his leg on fencing and I thought after everything he'd been through this would finish him off as he needed more of the medications that had destroyed his body previously, and we weren't sure his leg would fully recover where it was cut through to the bone and millimetres away from his tendon. He got through the medication with minimal reactions but ended up with abscesses on his leg which burst when changing his bandages leaving two big holes as well as his leg injury. I wanted to find a way to help him heal the best he could without splashing out thousands on top tech machines (unfortunately my money tree never grew so those options were out the question) but I did find infrared therapy success stories online and thought I’d give it a go, so I brought my first infrared rug and boots then prayed nothing else would happen to him!

I saw a difference on the first use, he went from being stroppy and restless to falling asleep within five minutes of wearing his rug. Every day there would be more improvements. He wasn't so stiff when the farrier would lift his leg, his legs stopped swelling when stabled, he was able to walk out straight away without having to shuffle first, he wanted to trot around out-side, he started rolling again, even his skin began changing. His hair was smoother, he was calmer – he was a different horse, my old Dragonfly. 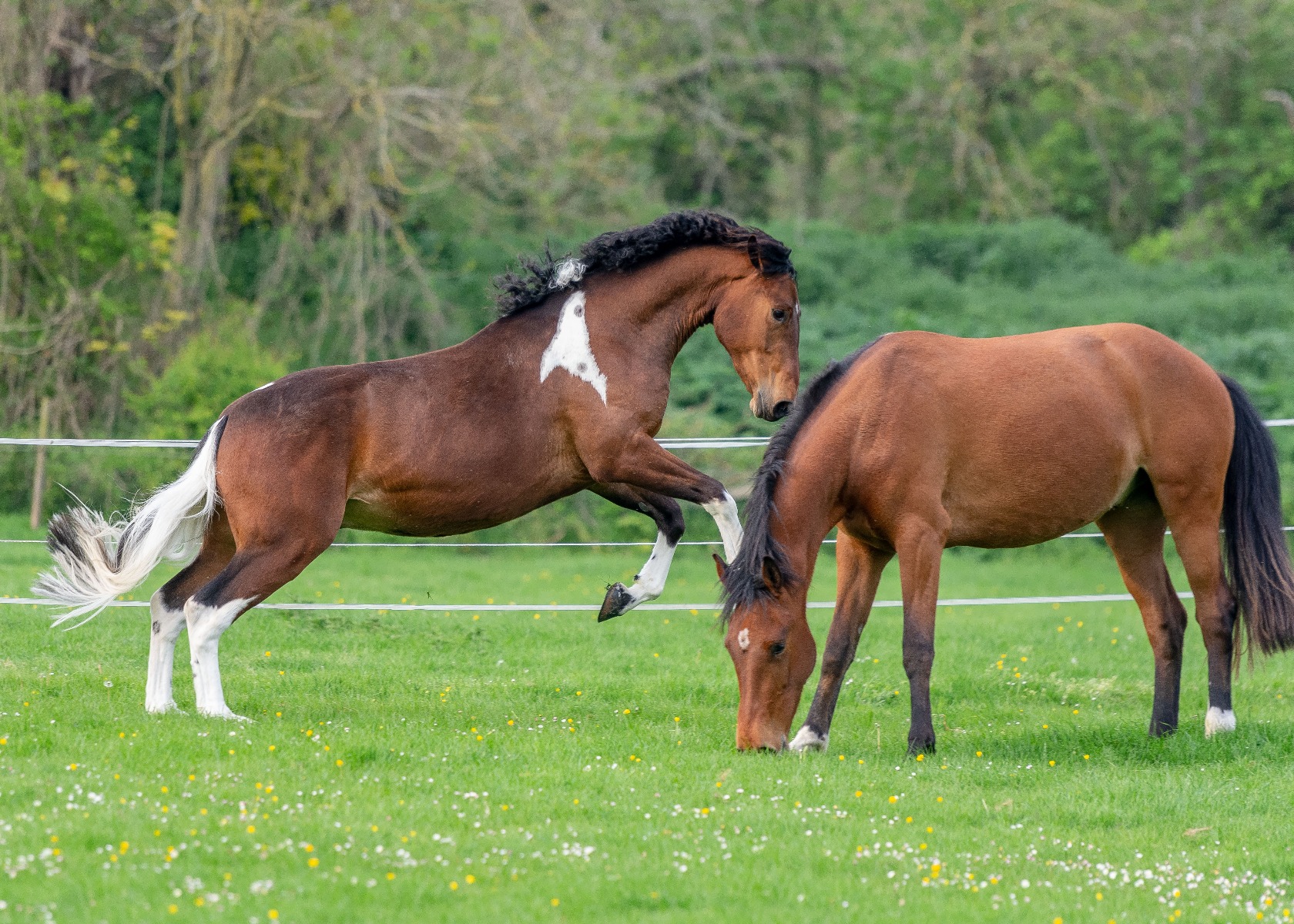 In October 2018 we went to a local show, which happened to be the show we were meant to attend the previous year days after he fell ill. He was head to toe in his Protechmasta infrared gear to make sure he was as comfortable and relaxed as possible. And he won his class! I was a complete blubbering mess both in the ring and back at the trailer feeling so proud of him after his roller-coaster journey. He was just happy to get extra feed and fuss from everyone. 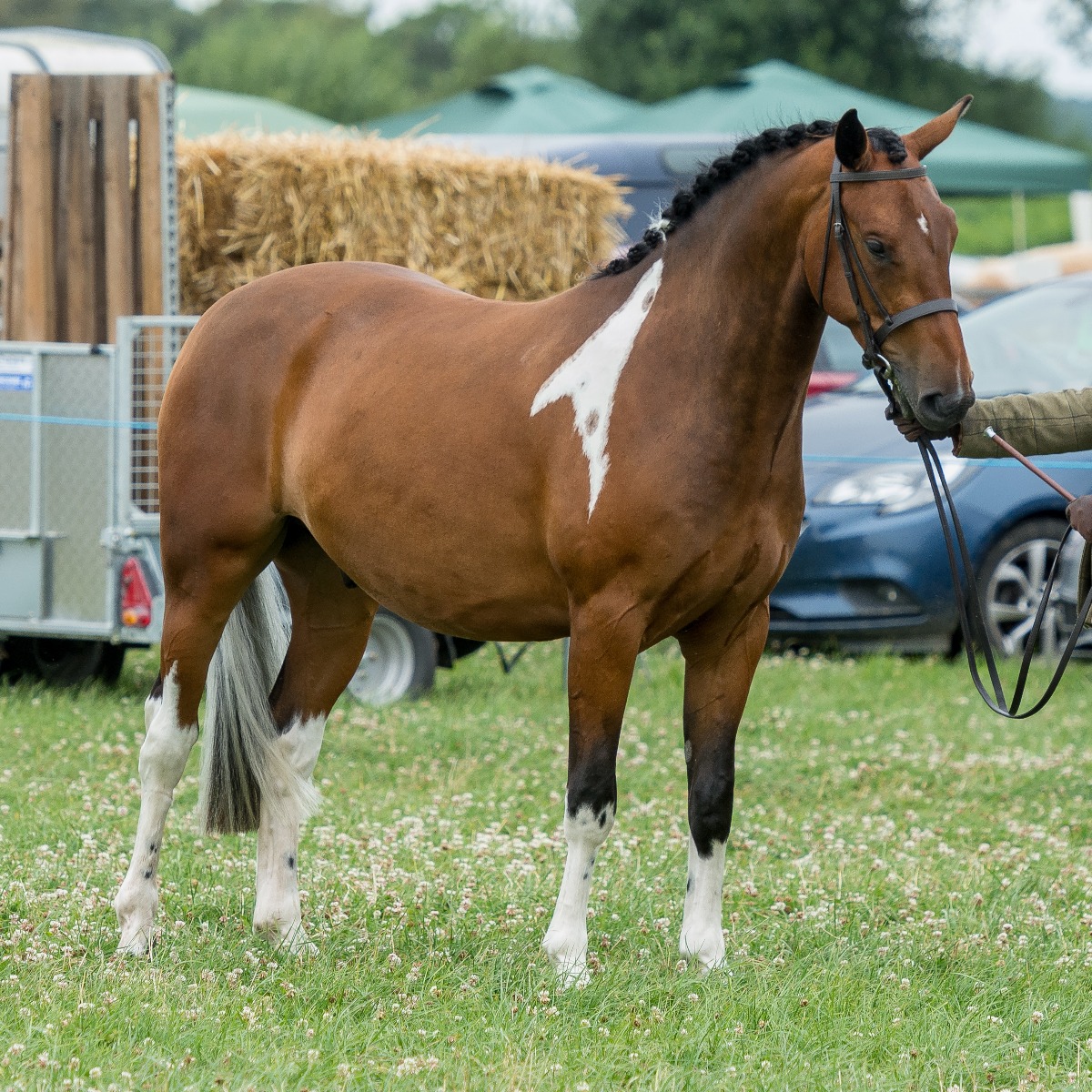 After over a year of using the Protechmasta range, in August 2019 he was looking and feeling fantastic, a complete 360 turn from the way he was two years before. So I bit the bullet and took him to his first county shows coming home with ribbons every time and even earning himself some pocket money. I get so many amazing comments about how great he is looking now, and how happy he is, and that I have done such a good job with him. But I can’t take the credit for it - some fabulous people have given up their time with help and advice, companies supporting us and finding literally life changing products has got us here today. Besides having such a stubborn horse that refused to give in when life told him to. The Protechmasta range has now become a huge part of the yard wardrobe and used on all my horses for both home and travelling away.

We've still a long road ahead, but we are now at a point where we're looking forward to backing him next year (honestly never thought he would be a ridden horse!) and I am so excited to see what else the miracle pony can achieve.