When I bought my first heavy horse, Aurora, I was nervous and knew I had a lot to learn. However, I was also prepared and excited to start on a journey together. The nerves came from anticipation to the challenges and adventures we would have in the future and I was well aware that life isn’t always easy owning a big friendly giant, these beautiful creatures take a lot of care. After owning Aurora for just over a year, I have found one of the hardest things is finding equipment, especially tack that actually fits! Most rugs are like miniskirts on her, luckily, we found that Masta horse rugs fit her awkward shape beautifully and are true to size which is also a bonus. No one with a giant horse wants to be pondering going up a size in rugs! 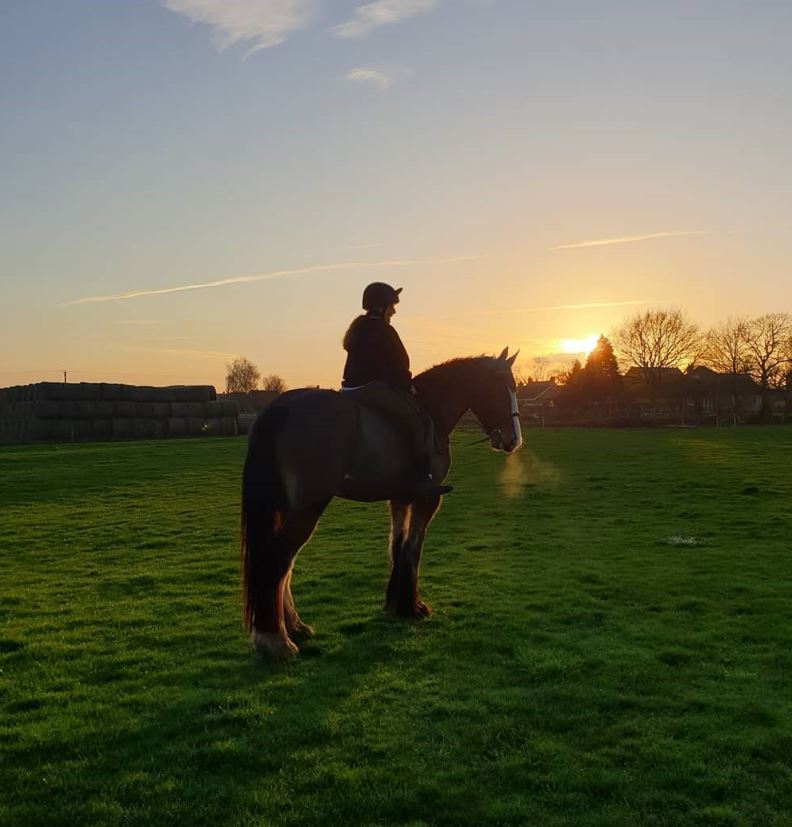 After three months of owing Aurora, I learnt she was extremely intelligent but liked causing mischief. With her being a 17hh Clydesdale cross, that mischief could often turn to trouble quite quickly. I couldn’t leave her unattended for five minutes without her snapping a lead rope or pulling down things around her. That’s when I decided the first thing she had to learn was good stable manners. This included working with her on her personal space boundaries, I started with “leave” and she quickly learnt this meant to take a step back and relax. We then worked on standing still while tied up, this was done by using rewards. The next biggest issue was managing to pick out her feet, she had learnt from bad experiences, that a good way to not have her feet picked out was using her weight to force you to drop her hoof. This isn’t handy when dealing with heavyweight horses with huge feet, which could lead to injuries for both human and horse.

One main thing to consider when looking after a Clydesdale is making sure your stable area is big enough for them to be able to move around, but also able to fit their bums through their stable door and turn around, and also needing to fit their heads out of the doors. When I first got Aurora home she hated to walk into her stable and I soon figured out the size of the stable was putting her off, it was a regular stable with a tight gap for her to fit through.

Don't judge a book by its cover

And one thing is for sure, heavy horses aren’t plods, they can do a lot and they can pick up the pace too! Aurora loves to jump and have a blast out on the gallops, but I do have to remember that her joints aren’t built to do lots of high jumping or go at speed for a long period of time. It also takes a while to be able to build the correct muscles for heavy horses to be able to carry themselves correctly, to help it's worth spending lots of time building up their top line. People assume that they are big and strong creatures from day one, but this is not true, they are usually very unbalanced and weak when it comes to ridden work. With Aurora, only now are we starting to see the correct muscle build-up and she is starting to carrying herself correctly. Another problem with Aurora’s ridden work was napping on hacks, this became huge issue when she started rearing up and falling back as she was too unbalanced to hold the rider and her own weight, to get over this problem we could only ride out with her best friends Buddie and Smartie to re-build confidence to hack on her own. We soon realised that she was doing this because she needed a job, she needed to find a way to please me to gain a reward and to learn a new skill so this was when we started to do dressage with her and from time to time we throw in some jumping for fun.

In the future, Aurora and I are hoping to work our way up through the levels in dressage and possibly affiliate. This is a rather large goal for both of us as she is my first horse and she is a rescue with a troubled past. When I first started working with her nearly two years ago, she was a nervous wreck who couldn’t even be brushed, now she is living at university with me, in a busy stable yard and is developing in every way possible. Together we have just done our first dressage test competing at intro A and managed to score 67.17% with lovely comments from the judges. This filled me with the hope that our goals may become achievable. 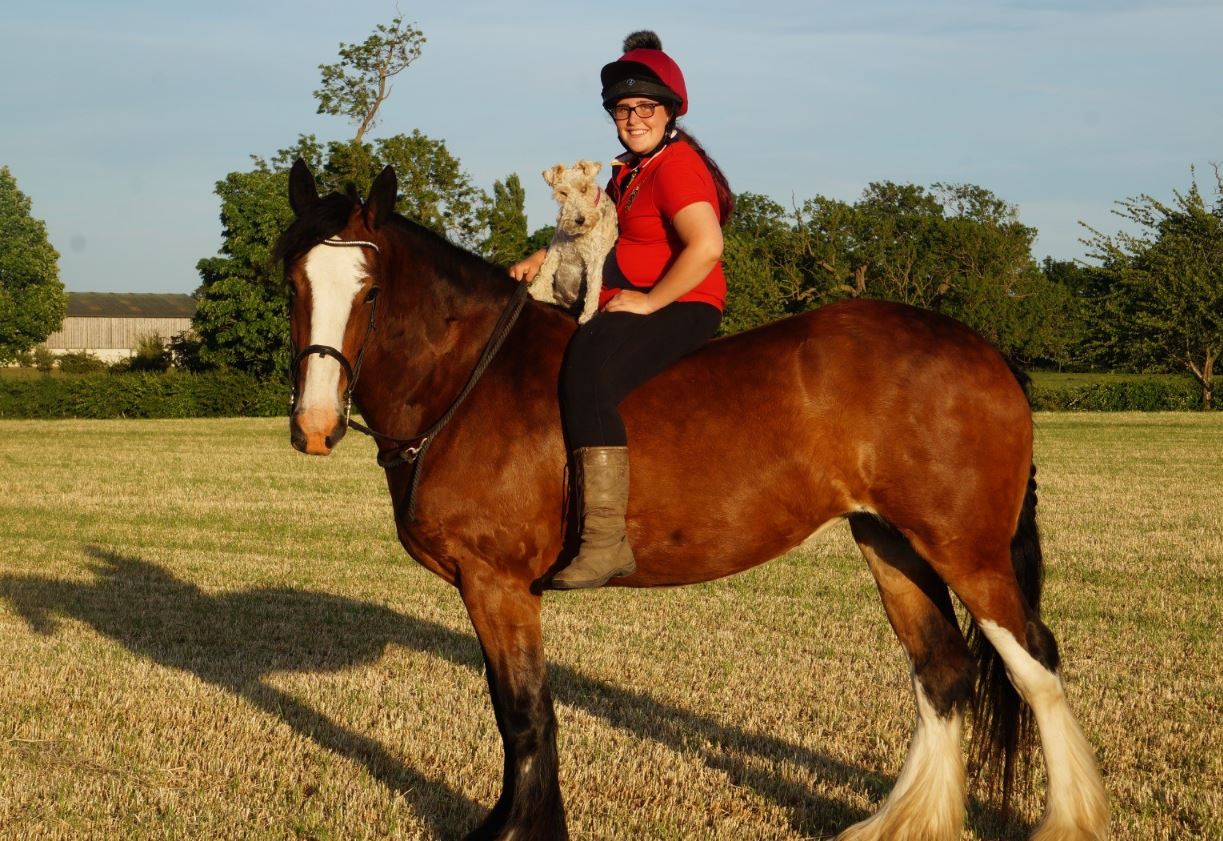 Although we had our differences and challenges starting off, I wouldn’t change my gorgeous mare for the world. After spending a lot of time building her trust, I would say she is now safe for beginners and children to ride and she’s only 5! This is the true heavyweight and Clydesdale behaviour coming through and the reason so many people love this breed.

They really are Big Friendly Giants!