Chilli Morning, who now stands at stud here, looks as magnificent as ever and is loving his new life. His neighbour is the stallion Cevin Z who is really settled and thriving on Chilli as a neighbour - stallions don’t always form such a good  bond. Chilli is also a rare example of a stallion who never really nips - to handle and meet him you’d imagine he was a gelding, he’s so calm and affectionate. 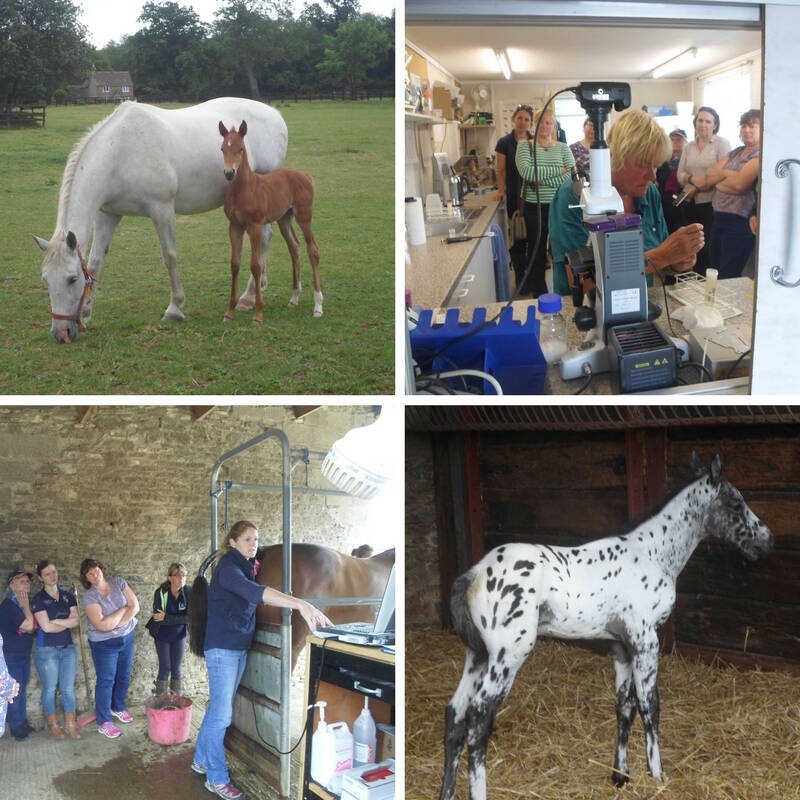 “A boyfriend in a box” That’s what the vet calls the AI (artificial insemination) pack she gets when she’s getting a mare inseminated for another pregnancy. The polystyrene box helps keep the semen indie at an even temperature — one of many very important points in the process

Caroline is a star of the stud: One of the longest serving, most biddable and best loved teaser mares at the stud is a little grey called Caroline who has lived at West Kington, helping get stallions ready to make semen collections, for the best part of 20 years

Horsecare comes first, second and third at West Kington. Endless care goes into making sure stallions, mares and foals have a happy time at the stud - and any mare being examined by the vet always has her foal or a friend with her to help keep her calm and happy through it

“With breeding, you are only as good as your weakest link” says stud manager Tessa Clark, who showed visitors how many steps are involved in achieving a pregnancy: from working out when a mare is ovulating, checking her afterwards, handling stallions, semen, having a really knowledgeable vet and more

Jane Holderness Roddam was off for a gallop on the day of our visit. The former Badminton winner and Olympic gold medallist still cuts a fine figure on a horse in her late 60s..