My riding journey started as I imagine most people’s do, at the local riding school. I must have been about eight when I first started going to Silverdown for my lessons. I remember the horses clear as day: Holly, Ben, Kizzy, Star, Pip and Monty were my favourites. Just the other day I went for a walk along the track at the back of Silverdown and I saw Pip and Monty happily grazing away. Pip was a cob and I absolutely loved him, he must be in his late twenties now!

I rode at Silverdown for a long time, I must have been about 13 when I stopped riding there and it turned into a livery yard. I then ended up back at Silverdown a year or so later sharing a couple of horses. A friend’s mischievous 14hh piebald pony called Maisie, and her Mum’s beautiful 17.2hh gelding Bill, he was beautiful. Flatwork on Bill was just the best, his floaty paces and the way he worked so effortlessly in an outline were to die for.

Around this time I was introduced to an elderly couple who owned a stunning house with lots of land, horses, and an outdoor school in Faringdon. Jean had three or four horses and ponies of her own, but being in her 70’s let’s just say they weren’t ridden very often. So that I was able to go riding each week, I had to earn my £10 ‘pony money’ doing jobs around the house. Mum and Dad had a chart and I had to rack up enough points to earn my £10, but you bet I did it each week. I really resented them making me work so hard for it at the time, but now I’m grateful. It taught me something I live by today, you have to work hard for the things you want most in life. 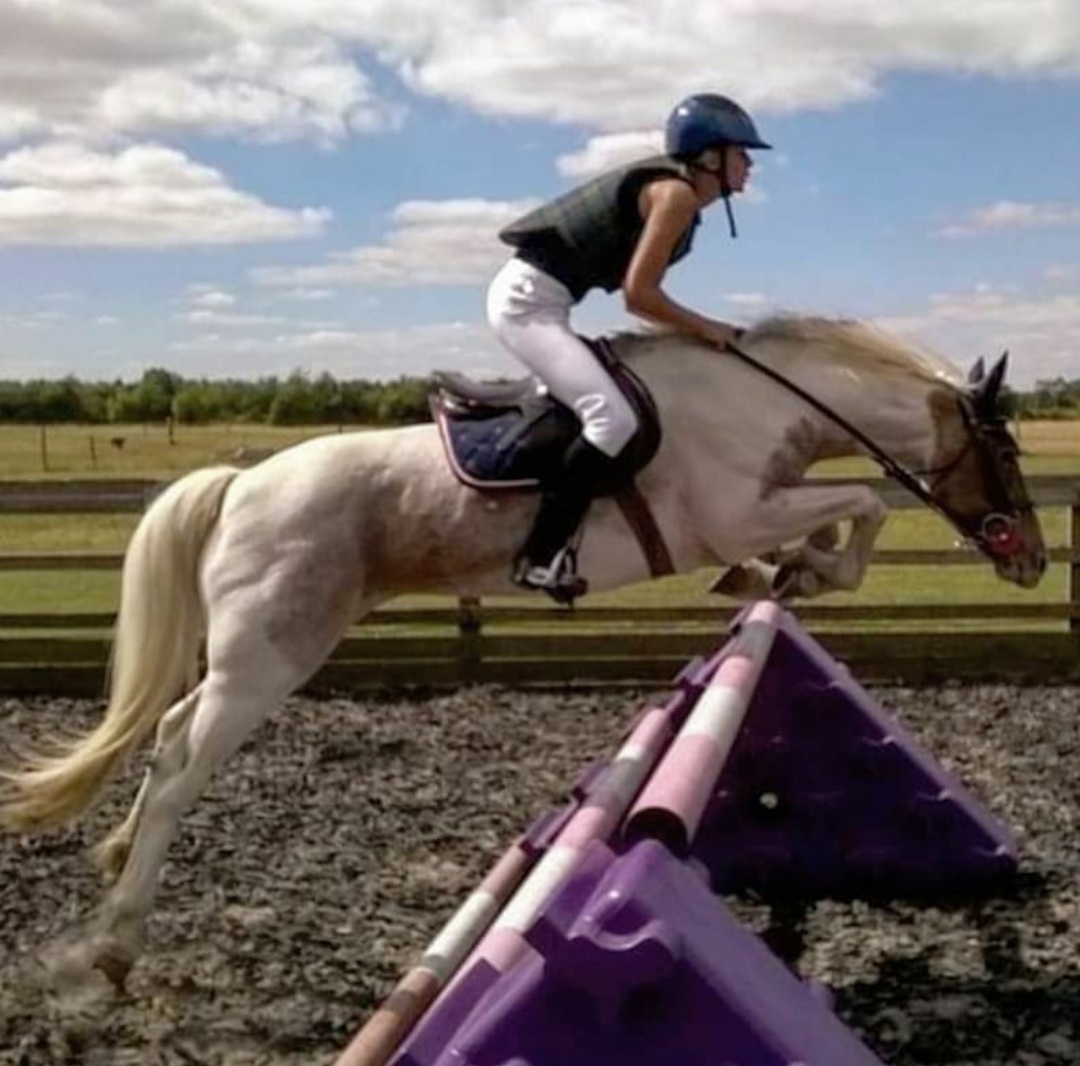 At Jean and Alf’s I rode Grace, a 13.2hh welsh mare, cold backed and prone to a dirty stop while jumping. There was then Chesney, another welsh but 12hh (a tad too small for me). He was a ride and drive and we used to take him through the fields and to the pub, it was great fun. Last but not least there was Snoopy, a 14.2hh palomino mare in her late teens. Snoopy was…well, an absolute nut case! Bucking was her thing, and boy could that mare throw some shapes.

I learnt so much riding those three horses, my instructor Ivor instilled this insane amount of confidence within me, he made me feel like I could do anything I put my mind to. Lessons with Ivor were fun but focused, and I could see myself improving so much. I continued to ride at Jean and Alf’s for a number of years, and to this day ‘shorten your outside rein!’ is still always in my head!

I’m unsure how I came to the decision that I was going to buy my own horse, but what I do remember is that it was to be my 21st birthday present to myself. I stupidly only viewed two horses and went with the green eight-year-old who had been broken late. Money definitely came into the equation, I was on a budget and Bella, a 14.3hh coloured cob mare, seemed lovely during both viewings, very calm and well mannered, and seemingly safe too. Hindsight is a wonderful thing, isn’t it!

My long term aims and goals with Bella were just to get out to some local low-level competitions. However, it soon became apparent that the horse I thought I had purchased was not what I had received. She was incredibly nervous, she was tricky to catch, she reared and tanked off with me on a number of occasions and she didn’t load. Bella didn’t stand to mount, getting on her could take over half an hour sometimes or I would fail entirely some days. I was alone the majority of the time, a first-time horse owner with a green and tricky horse. I would be on the yard every night after work in the indoor school desperately trying to make things work.

It really was so hard at times, but I kept going, kept trying, and did the best that I could. I have memories and pictures of Bella that make me so so proud. We never competed, sadly it just never came fully together. I owned Bella for five years and she was the best thing to ever happen to me. I loved that mare with every inch of my body. In the end, she was retired early and sadly had to be put to sleep owing to laminitis, it was the toughest loss I’ve experienced so far in my life. 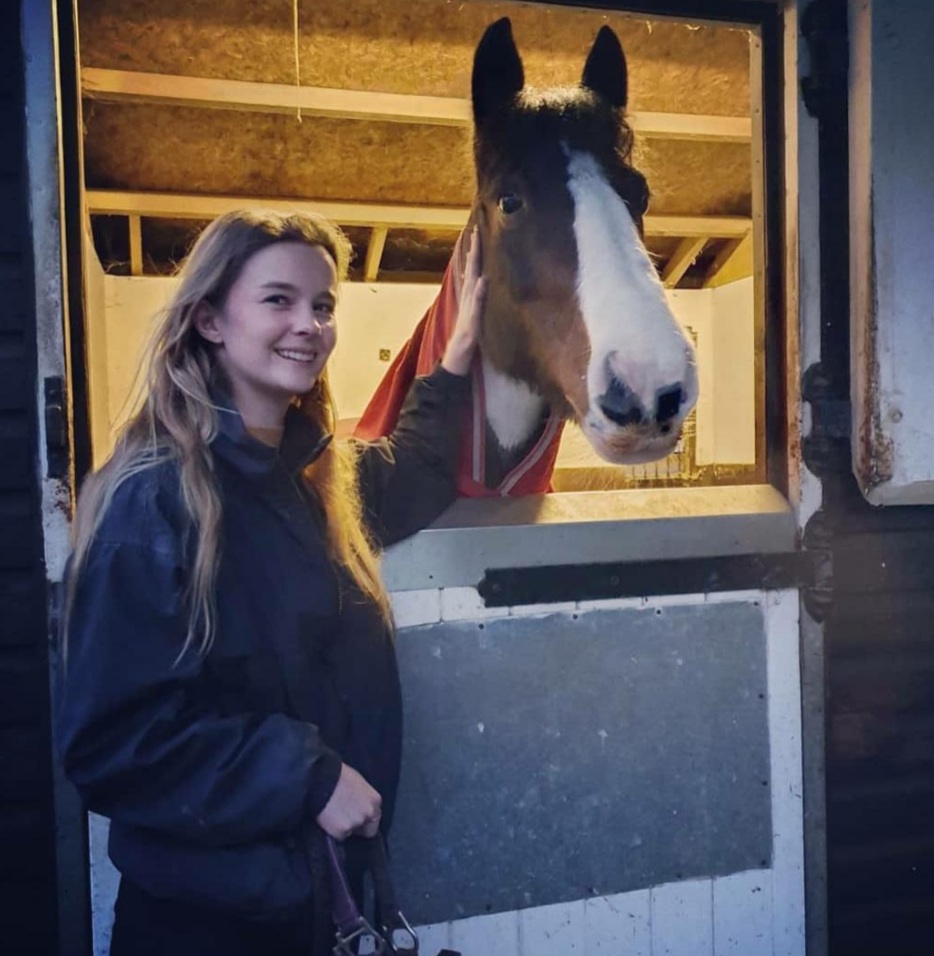 During Bella’s retirement, I discovered a lady who owned a number of cobs. The hacking was stunning and you could pay per ride and do a bit of poo picking in exchange, perfect! I started hacking out regularly, we went on pub rides, beach rides and fun rides. It wasn't long before I fell in love with one of her horses, a mare called Belle.

Fast forward 18 months I’m now the proud owner of Belle, a nine-year-old 15hh tri-coloured cob mare. I begged her owner to sell her and after six months of begging, it paid off. I cannot wait to get out with Belle this season, and hopefully, in time we will get our own transport so we can have many more adventures. Hopefully one day soon I will be at my first competition, at the age of 26!

And to win one of four prizes worth £1,500, enter your riding story here.

From Vaulter to Photographer

Prince Harry Pooed in my Garden

From Pony Club to Badminton