What Horses Mean to Me

Harry Hall sponsored rider and equestrian estate agent Liz Langford kindly agreed to put pen to paper and write this week’s guest blog. As horse owners, we can appreciate that horses mean more to us than words allow, in this blog, Liz will try to sum up how her beloved horse Gizmo has changed her life.

“Before I could walk, I could ride, simply because my father found it an easier option when taking me with him to fetch the cattle! My first pony was Welsh Section A, Silver, we grew up together, and he remained at the family farm until he died at the grand old age of 36.

Horses are my life, I feel comfortable and secure with them. When I was younger, I used to be bullied at school, and back then it wasn't taken seriously. I would come home after having a rough day and talk it through with my horses they didn’t judge me or laugh at me - they understood.

Fast forward into adulthood and while in my twenties I was diagnosed with a rare form of ovarian cancer. Thankfully after surgery and numerous rounds of chemotherapy, I was given the all-clear. You see quotes on social media about “the big C” and how people change towards you – it is very true. During and after treatment, people would cross the road to avoid me, not knowing how or what to say. I just wanted to shout "it's still me, still the same Liz", but why bother? Instead, I found my security blanket again with the horses, my true friends.

By day I am an equestrian property consultant which can be stressful at times but I am lucky that my downtime is spent with my horses and that is all I want in life. 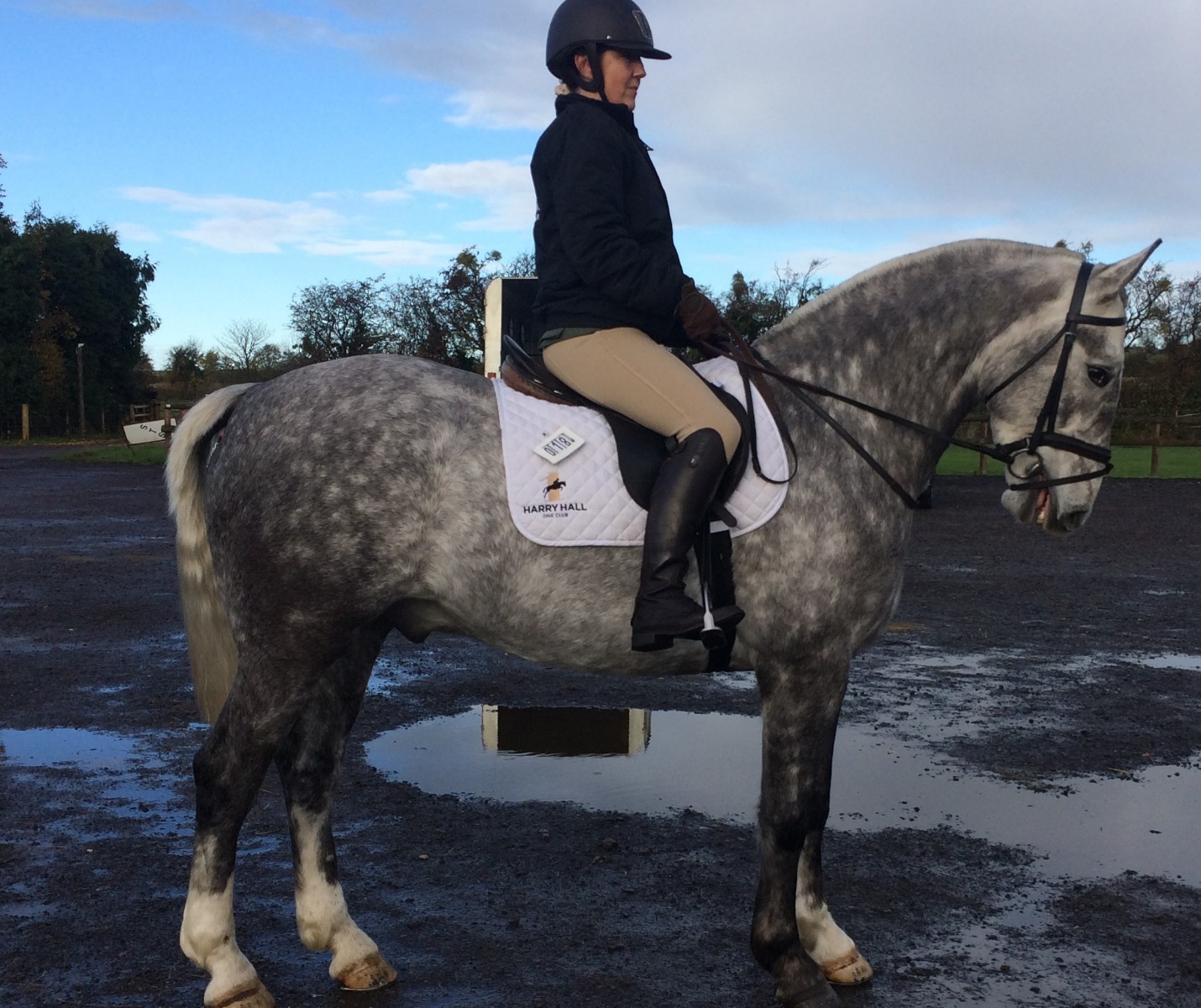 Two years ago, I went on holiday with two friends to the Royal Dublin Horse Show. What an atmosphere and let’s just say the Irish know how to put on a good show! Little did I know it would be the holiday that would change my life.

On the last day of the show, we watch the novice lightweight cob class, with a good entry of about 20 cobs. As the horses went around the ring I grew increasingly aware I was being “clocked” and I mean it, I was being clocked by a horse! A magnificent dapple-grey cob who in the initial line up was pulled in third. I never said a word to my friends, I just watched tentatively as this beautiful animal went round the ring. Again, he clocked me and our eyes kept meeting – it was a very strange feeling, almost like magic. This magical horse went on to win and whilst watching his lap of honour I thought “if only he was mine”. We left the ring and I bumped into a friend who happens to be a horse agent. I mentioned the lovely grey cob only for him to confirm he had been sold. I was devastated but I didn’t even know the horse, what was happening?

Fast forward one week and my phone rings, it is the horse agent I met in Ireland. He told me he’d made a mistake and the grey was available. I asked the price, the cost of vetting and transport and before I knew it, I had bought this magnificent horse. 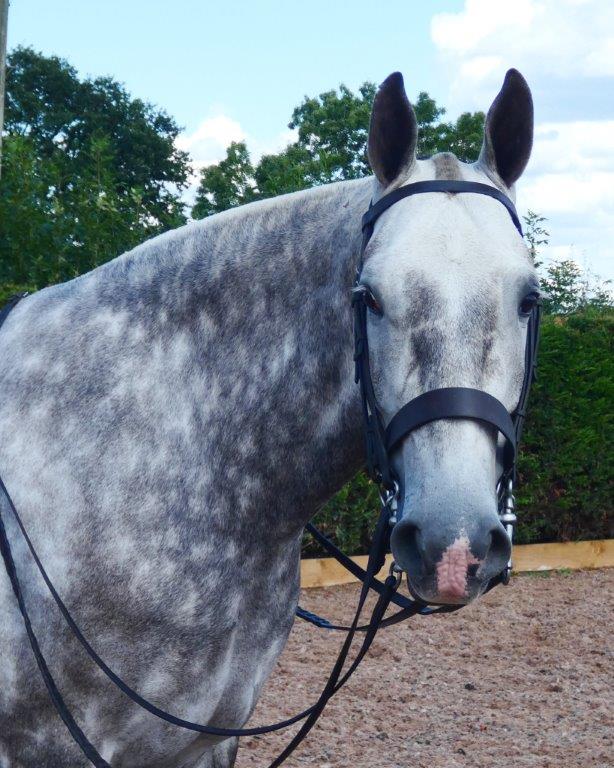 Honourable Intent or Gizmo as he’s known at home is my horse of a lifetime. Call me mad for buying a horse without sitting on him, but there was something about him. That something is he genuinely seems to worship me and loves being with me. I go into his stable and he pulls me into his chest for cuddles. I am jumping again, something that I have not done for 25 years due to cancer and having a couple of falls that ended up with me being scanned “just in case”. My big aim this year is to qualify Gizmo for the Horse of the Year Show. He is my security blanket and I just know that he is looking after me. Gizmo is no plod, far from it and sadly we missed last season due to Gizmo slipping in the paddock and pulling his patella ligament. I was so devasted and have never cried so much in my life, but box rest, lots of physio and Protechmasta saved the day.

Not everything in life is certain but one thing I do know is the bond I have with Gizmo is so strong. I love my other horses, but with Gizmo there is magic, he still “clocks me” and I can sit in the corner of his stable and he will stand over me, tapping me occasionally as if to say “are you okay and I love you”.

Gizmo is my horse of a lifetime, trusty companion, gentleman and best friend.