From Vaulter to Photographer

We love hearing your riding stories and it's not every day you hear stories like this. When we heard Imogen’s story we knew it was one we had to share. From South African vaulter to animal photographer, it’s been quite the journey for Imogen, we hope you enjoy this two-minute read and feel free to tell us your riding story @harryhallriding.

I started vaulting when I was 13. We had just moved out to Cape Town, South Africa, and one of my new riding friend's mums had started a local vaulting club. Of course, when you're that age and you find out that vaulting is handstands on a horse it sounds like an absolute dream! So I started and that’s where the journey began. It was very different to riding... pointing toes instead of heels down, no reins or stirrups, and you're sat a bit further back behind the surcingle compared to when you are sat in a saddle. 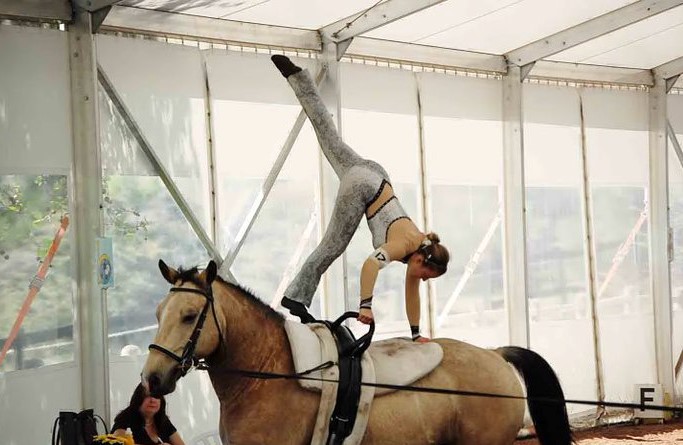 Height wise, I am tiny, and when I was 13 I was the perfect height to be chucked up on someone's shoulders, and as the vaulting club grew, we formed a 'mixed team'. You may have seen this before where there are up to three people on the horse at once, doing various lifts and moves. So lucky me got sent to the top and I’d often find myself on Ben's shoulders. Have I mentioned I've always been scared of heights? Ben was extremely tall, so it felt a hell of way up once I'd got to the top!

As well as being part of the team, we all had our individual routines as well, and before I knew it, we were off to the South African Championships for Vaulting. We hadn't had much training, the club's connections were just starting to form, and there was only one other team in Cape Town, and not that many in the country, so we really were part of the beginning of the vaulting scene in South Africa.

Through attending the championships, we made good connections in Johannesburg and started flying there once a month to have trained with their coaches. We started getting judges from Europe coming over to do clinics with us, and it became far more serious. We moved up the grades, the costumes got more sparkly, and our routines moved from walk to canter.

The South African Championships became an annual event for us, and we had some incredible training in between. Me and my vaulting partner, Annie, both rode horses, too. So we were both competing (Annie did dressage and showing, and I evented and show jumped) as well as doing the vaulting.

We trained every day after school, in between riding and everything else we both did. It was an incredible experience.

I must admit, on almost every occasion Annie would always beat me, she had much more of a dancing history than me (I was too busy playing football!) and so she always got better marks as her performance was much better than mine! That was until the last South African championships.

By this time we'd got to a B grade (you start at E grade!), this is the first level that counts as an international qualifier, and with the World Equestrian Games coming up, the judges were looking for their team to send to Kentucky.

Long story short, I somehow managed to win my class. I was B grade Female Open South African Champion 2010, I was absolutely buzzing. But as with anything, there was a hell of a lot of hard work and dedication that had got me to that point.

So a few weeks later, the phone rang... "Congratulations! You've been long-listed for the World Equestrian Games in Kentucky! Can we just have your passport number so we can start getting everything sorted?" And clear as day I remember reading my passport number out, and she said: "That's not the right amount of numbers, are you sure it is a South African Passport?" And I said, "No, it's British, I am British." And just like that, it was all over. Obviously I was British and couldn't represent South Africa, Duh. But It had never even crossed my mind! 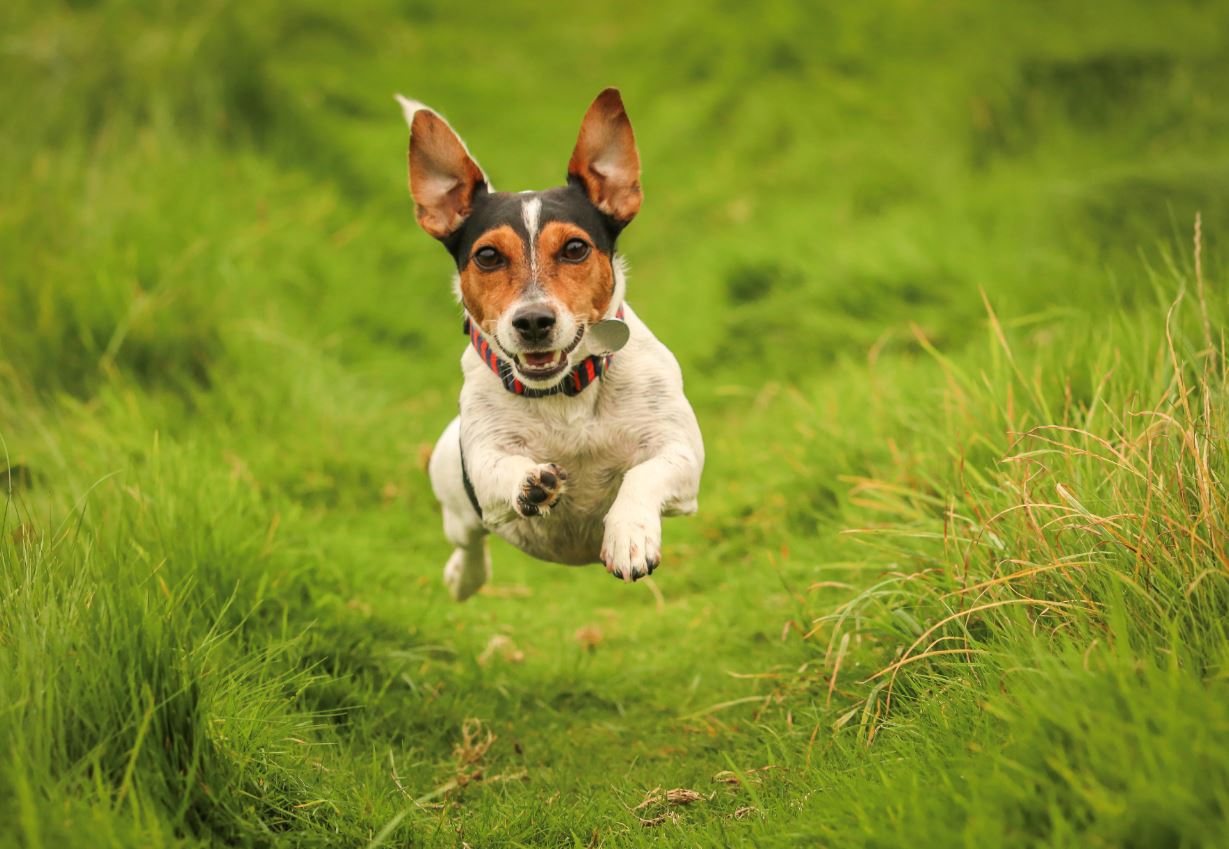 I thought about trying to get dual citizenship, but they wanted me to give up my British passport, and then I thought about moving back to the UK to live with my dad, but the vaulting squad was the best in the world at the time, and I didn't feel I'd have a chance, I'd have to live in Scotland, too, away from all of my family. So, with nowhere else to go, I just stopped. All those years of doing something and putting in so much effort, I was so heartbroken and decided to focus on my riding instead.

After a few terrible things happening (South Africa is known for its levels of crime), I decided to finish my school years and move back to the UK to live with my dad and brothers. I lost my mum when I was 13 so I was living with my Stepdad out there, and it felt like the right thing to do.

I ended up working at a few yards here in the UK, but nothing really worked out, so I started a freelance horse-riding business. I used to charge £7 an hour and I'd ride anything, to begin with. I did this for four years, and for saying I was 18 with no business experience what so ever, I made quite a good go of it. During that time I'd bought my own horse, Perry aka Pez broke him in and started eventing. I fell in love with eventing, and although Perry wasn't really up for jumping bigger than a novice, I got offered a job working for an Olympic event rider and felt like I couldn't pass up the opportunity. Unfortunately, things didn't work out there either, and by this time I'd let all of my freelance clients go, so decided to get a "proper job".

As I got older I realised Perry wasn't up for going any further than BE Novice, and I wanted to buy my first house. Since leaving the job at the event yard, I'd been living in a caravan at my dad’s, and there's only so much time you can spend in one of those before you become desperate for a proper kitchen and some space! So I sold Pez, he's gone to an amazing home I must add, and when I had a bit more time on my hands I realised I still had a camera. One that I got when I was 13... sitting in the cupboard doing nothing since I moved back to the UK in 2012.

Funnily enough, my boyfriend also had a camera that he hadn't picked up for a while, so we started heading out with the dog into the peak district and fell in love with landscape photography. We were quite competitive with each other to be fair, and one day I managed to get a photo of Charlie (My little Jack Russell) running towards me - don't get me wrong it's a terrible photo, but at the time I loved it and it really sparked something in my heart.

From that day, I learned everything I could about dog photography and ditched the landscapes. I took my camera with me everywhere and trained Charlie to sit and stay, then run towards me when I was ready with my camera. I think I accidentally caught him with all four paws off the floor, and that's when I started doing the flying dog photos.

I look back now and think how rubbish some of my first photos were, and it was a long slog through winter feeling rubbish because no one was booking me for shoots, but since lockdown lifted it has been incredible. I've been busier than I could ever have imagined, I've met the most amazing people, dogs and horses. I've worked with some incredible brands such as Digital Horse and Rún Dog Food, been featured on Orvis dog magazines front cover, and I've worked with Equestrian Life Magazine. If you'd have told me I'd have done all of that six months ago I would have said you're lying!

I absolutely love what I do. Every single photoshoot is different, and giving people their images makes my heart sing! I am so grateful for all the support I have had from people, every time I see a photoshoot booked in my diary I do a happy dance and get so excited to see what I can create for them.

It feels like it's been a bit of a rollercoaster ride, with lots of sacrifices to get here since I was 13 but if everything I've been through has brought me to this point then I'd do it all again in a heartbeat.

You can see more of Imogen's work at www.lunarphoto.co.uk and follow her on social media on @Lunarrphotographyy

Prince Harry Pooed in my Garden

From Pony Club to Badminton

From Racehorse to ROR Star