When Julie Roberts got in touch to tell us about her two horses we had to share it as a blog, this special breed should be celebrated. The beautiful shades of bay, from light to dark, with black points on the legs and a black mane and tail, some with a hint of red colour on the knees make them absolutely eye-catching. Over to you Julie. "I’ve ridden and been around horses since I was a small child and wouldn’t want to be without them. I’ve owned and ridden all shapes and sizes but the breed that has won my heart since seeing them at a show many years ago is the Cleveland Bay.

The deep strong muscular body with powerful quarters make them capable of many jobs and very versatile as a breed. They have a kind eye and beautiful head crowned by those famous large and fine ears that are instantly recognisable. A breed with plenty of bone and good strong, blue feet, they move freely and straight while covering the ground perfectly no matter what the terrain.

What makes the Cleveland Bay a special breed?

They have a kind willing temperament, trustworthy, intelligent and are incredibly hard-working. 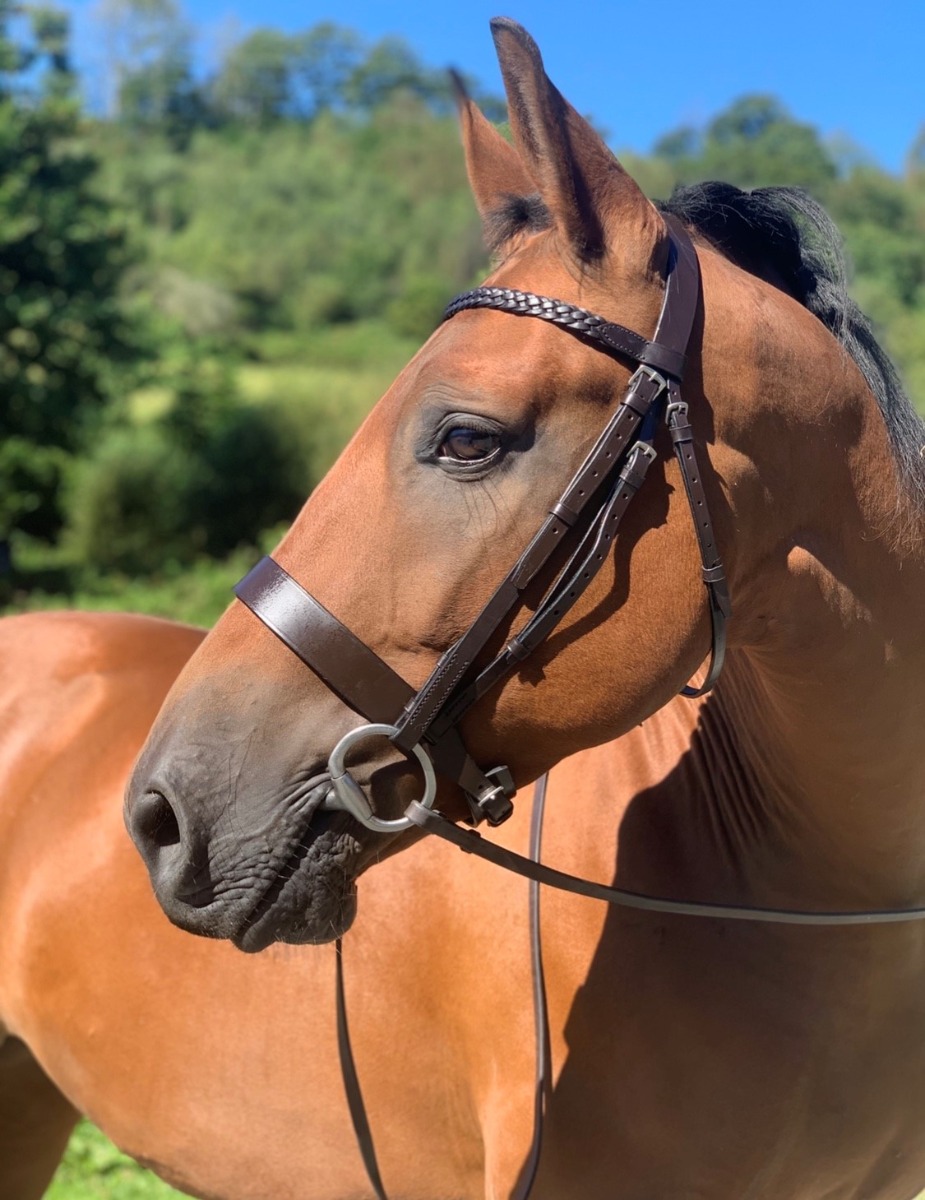 It is easy to see why the Cleveland bay became the preferred carriage horse for the wealthy and still to this day are used to pull the Royal carriages. They are also bred at Hampton court stud the Royal Mews to be used in ceremonial carriage duties. Her Majesty The Queen is Patron of the Cleveland Bay Horse Society and has played a huge part in keeping the breed going.

The breed originated during the 17th century and was named after its colouring and the Cleveland district of Yorkshire where they originated from. They are the oldest British breed of horse; during the middle-ages, they gained the name “Chapman horses” being used as pack horses. But over the years the Cleveland bay has become lighter in frame and more of the carriage horse you see today.

What disciplines do Cleveland Bay's compete in?

Cleveland bays have been successfully bred with other breeds to add bone and strength. Many Pure and Part bred Cleveland’s have become top quality dressage horses, show jumpers and driven at Olympic standard. They have successfully proven they can turn their hoof to anything.

I have had the privilege of owning a few Cleveland bays and always found them to be very loving and brave. I have done my part for the breed and bred a top stallion Bensington Bluestone who has done me proud and is standing in the USA.

Before writing this blog, I just got back from a hack on my own with my gorgeous lad Arena Harrington, he’s “Harry” to us (bred by Steve Pullen). We passed tractors, wind turbines, went through streams and past barking dogs. We even passed horse eating salt bins and yet he didn’t put a hoof out of place. What a star. I then remind myself that Harry is just five years old and only been re-backed for a few weeks after being turned away. He hasn’t been out on roads or seen half of what he has today in his life. This is the Cleveland Bay, they are brave and trustworthy and every single one I have ever owned has always brought me home safely and with a smile plastered on my face.

What I find so hard to believe, is that the Cleveland Bay is rarer than the Giant panda and they need our help. Currently the Society worldwide studbook lists 381 pure mares alive under 25 years of age but out of those only 66 have produced foals in the last three years. There are 43 licenced pure stallions in the UK with an additional 36 standing overseas.

This magnificent breed is a horse with a history and it must have a future. So if you are looking for a new horse, fit for royalty, a true British treasure and you want a new best friend then look no further than the Cleveland bay.

To find out more about this fantastic British breed, head to the Cleveland Bay Horse society's website - www.clevelandbay.com