Having no brain is very tiring!  I don’t know where to put my feet, if I see my tail (well they tell me it’s my tail) I run for the hills  and I have to turn 360’s when returning to my owners to make sure I’m not running towards the wrong folk.

On the other hand I don’t have a care in the world, I’m always happy (well mostly unless that tail thing is chasing me that is) and I make everyone around me smile.  What am I?  I’m an Irish Setter called Millie, loved by everyone. But really I need an Oscar because I’ve got them all fooled. 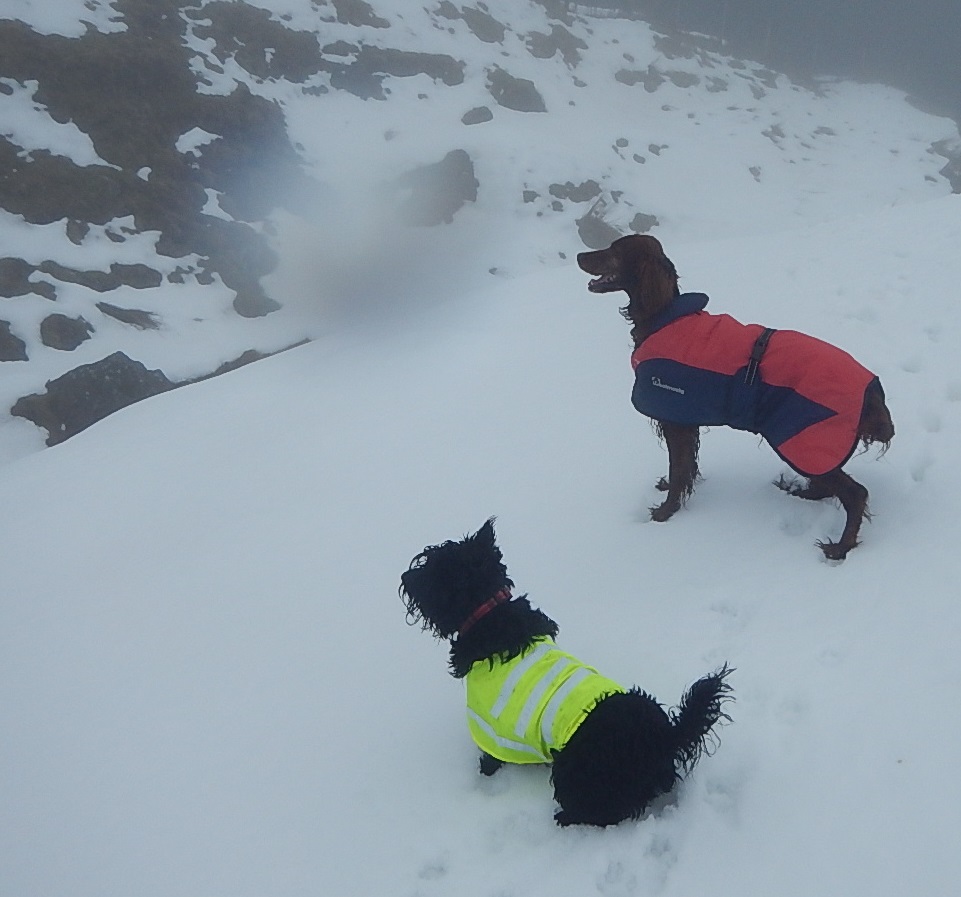 A potted history of my life

Arrived at 10 wks old cute and cuddly and introduced to the “big girls” Rosie and Saffie, two English Setters that had lived here for two years, and Hooch, a little old dog of 19, who was frail and almost blind. And many cats.

I was the new kid on the block but they accepted me, they even let me snuggle beside them (eventually) and it made me feel safe. I spent most of the time being cuddled by everyone. Oh I lapped up the attention, but then came the day I went out into the garden with the “big girls” through a new door. Boy was it scary out there; the “big girls” changed in a blink of an eye and went off exploring, playing chase round the grass and left me standing there all by myself.

It was all too much for me so I headed for the door but it was closed. I panicked, I cried but no one came. And then I saw it, a small hole in the wall below the step into the house! I went for it — I had to get in.  The inner door opened and I saw my human mum.  I just had to get to her, she called for my human dad, almost crying, saying “She’ll get stuck! Oh my, we will never get her out”! But I squeezed and wriggled and I did it ,I was through. I ran into her open arms and got so many cuddles I thought I’d store that trick for later if I needed some more.

Life continued and I grew (but it took a long time to catch up with the “big girls”).  I stayed cute though and despite those big girls thinking they were the best I just had to prick my ears and look into my human mum’s eyes and I knew I was  top dog (next to Hooch of course)

As time went on I was introduced to the horses, a large lot — Richie 17hh, Naffy 16.1hh, and lastly the “littlies” — three miniature horse x Shetland rescue ponies from RSPCA Felledge:  Flora, Foxy and Fidget (mum, daughter and son).  Fidget still scares the living daylights out of me so I keep well away!

I’m a happy soul but I’ve known grief when first Hooch, Saffie and then Rosie passed away.

I also know “grief” in another form too; a Scottish terrier called Sprout brought into the family as a surprise Christmas present for my human mum two years ago.  Oh what a little terror she can be!  She pesters and aggravates and snores loud enough to wake the dead. That said, we do get on and yes, I look out for her. She is by far braver and bolder than me (but don’t tell her I said that) and there’s never a dull moment when we are together.

For more updates and useful information, subscribe to our newsletter and recieve 10% off your first order...